Chi-Yu is one of the four Legendary Treasure Ruins Pokémon from the new mainline Pokémon game, Pokémon Scarlet and Violet on Nintendo Switch and Switch Lite. It has the dual types of Fire and Dark and has access to the ability Beads of Ruin. Chi-Yu Is a monstrous Special Attacker with the highest base special attack amongst all the other Pokémon from the Paldea region Pokedex. In this guide, we will discuss the stats, ability, and playstyle of this Legendary Pokémon along with tips on how to catch it.

If you want to catch all the other Tressure Ruin Pokémon In the Pokémon Scarlet and Violet, check out our guide on Wu-Chein, Chien-Pao, and Ting-Lu.

Chi-Yu stats and ability in Pokémon Scarlet and Violet

The Power of the Pokémon’s ruinous beads lowers the Sp. Def of all Pokémon except itself.

Chi-Yu is the strongest special attacker in Pokémon Scarlet and Violet with the highest SP Atk stat of 145. It also has high Speed that allows it to move before most other rPokémon and a high Base Special Defense stat that can cover its very low Base HP. You won’t need to worry about its low HP as it can knock out any opponent using a Stab-boosted move from its type. Chi-Yu’s ability Beads of Ruin further amplify damage from its special attack by lowering the special defence of your opponent Pokémon.

How to get Chi-Yu in Pokémon Scarlet and Violet

Chi-Yu can be caught at any point of your Playthrough, but you should wait until you are ready to battle and catch the Pokémon as it won’t listen to your commands if you are under-levelled. won’t be able to encounter Chi-Yu before collecting all 8 blue stakes and opening the gate of the Blue Shrine.

The 8 Blue Stakes and the Shrine are all spread around the North Province of the Paldea Regional Map. First of all, make sure to have your Climbing Ability unlocked, and then start hunting down all of the Blue Stakes marked on the Map.

If you have successfully collected all of the Blue Stakes a notification will pop up about the Blue Shrine. Go to the marked blue shrine and Chi-Yu will appear from within the closed Shrine door. The shrine is located Inside a cave on top of the Waterfall you will find in the marked location. Chie-Yu is weak to Water, Ground, Rock, and Fighting types so make sure to have a Pokémon in your party who knows a move from these types. Battle the Chi-Yu to lower its HP and If possible put a status effect like sleep, Paralyze or Freeze to make your catch easy.

What are your thoughts on our guide for catching Chi-Yu in Pokémon Scarlet and Violet? Let us know in the comments below! 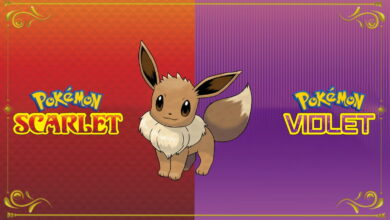 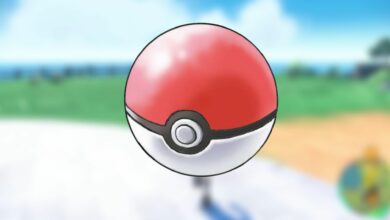