Stranger Things, as a series, is currently no doubt one of the biggest franchises out there and is one that most teenagers and young adults love. Apart from great writing, character design and special effects, the show also features a great array of music, which has not only taken a place in the hearts of viewers but has also introduced them to a whole new world of music. Bands that were hugely popular back in the day such as The Mamas and The Papas, KISS and Metallica, along with singers such as Madonna, Kate Bush, and Louis Armstrong have found their way into the trending charts decades after their respective works were published.

How good music can make a difference

Besides the well-grounded plot and character design as stated above, well-picked music has also engaged the audience and played its part in the overall stellar success of the show. The situations in the show were complimented by the said music to amplify the ambience of the show to an even greater extent. If the show is an extensive jigsaw puzzle, then the music is the one piece, without which it would have been incomplete. In certain scenes such as the attic sequence in the episode “Chapter Nine: The Piggyback” of Season 4, the music prompts the audience to feel the morbidity and despair even more in a scene, that is already every bit as heart-wrenching as possible.

The song “When It’s Cold I’d Like To Die” by Moby sets an extremely saddening tone to the episode that is bound to pull at the heartstrings of even the most demanding people and leave them teary-eyed, to say the least. The music coupled with the on-point acting and delivery of the talented Sadie Sink as Max Mayfield and her peer Caleb McLaughlin as Lucas Sinclair did create one of the best scenes in the entire running of the series and also one of the saddest.

Another good example of such situational music being used in Stranger Things is in the very same episode, this time featuring two more talented actors in the form of Joseph Quinn as Eddie Munson and Gaten Matarazzo as Dustin Henderson. Rightly regarded as one of the coolest if not the coolest scene in the season, it features the fan-favourite character of the enigmatic Eddie Munson shredding his guitar in “The Upside Down“. The scene comes at a moment when everything is tense and the climax of the season is being set up and there needs to be a reset in everyone’s anxiety.

In an attempt to distract the “demo-bats” to ensure a safe passage for Steve, Nancy, and Robin, the duo of Eddie and Dustin decide to act as bait and Eddie comes up with the idea of blasting heavy metal on a set of speakers, by shredding his guitar. What we get from that scene is truly an epic mash of perfectly set backgrounds, colours, and most of all, the right song for the occasion. The song, “Master Of Puppets” by the all-timer band Metallica was a perfect choice. It gave a rush that can prompt almost anyone to jam with the song, which is in itself, is a certified rock classic, regardless of what the person might listen to on a daily basis.

Another moodsetter, for example, is “Pass The Dutchie” by Musical Youth, which is the theme song of the jokester of Season 4, Argyle. It is a good example of how a song can be used in a pleasant way, while still using it casually for the sake of humour.d

Music genres explored in the show

The show has explored multiple genres of music in its four-season long run and over the course of 38 episodes. The genres include everything from pop to rock/metal to orchestral. This has not only worked as a fan service to many of the regular viewers of the show, but also added to the overall quality and vibe of the entire show. It heavily focuses on 80s rock as rock was the dominant genre of music in the United States at that time period.

Characters like Eddie Munson who are huge fans of bands like Metallica, Black Sabbath, and Iron Maiden put into perspective how the musical tastes of people at that time used to be. There is also widespread popularity of others like Beatles, Blondie, and Madonna, as evident from the mentions dished out by Robin and Nancy.

Meanwhile, pop is also pretty popular, but does not appear in as many frames as rock does. Another form of music introduced by Stranger Things is a type of electronic music known as ‘synthwave’. Synthwave is basically a sub-genre of the more extensive genre of electronic music. It consists of electronic music whose inspirations are drawn from sci-fi, horror, etc. movies, and other media predominantly from the 1980s.

Synthwave, thus, could be said to be a kind of time capsule which captures the spirit and ambience of that decade. Stranger Things is based on 1980s America and thus, it incorporates synthwave into several of its scenes and the main theme itself. GTA Vice City and Cyberpunk are also other popular media that feature this genre of music.

How Stranger Things affect the popularity of these old classics

Owing to the huge fan following Stranger Things have, the songs featured in it have all experienced a revival of some degree after the specific episodes were aired. The most notable and iconic song in the show is, without a doubt, Kate Bush’s 1985 single, Running Up That Hill. The song which originally debuted at number 3 in the UK chart rose to number 1 on the UK charts and became a Global number 1 on Spotify, after the episode of “Dear Billy’ dropped. Kate Bush got three Guinness World Records to her name following that episode. Some of the accolades include the record of the oldest female artist to top the chart, which is the longest time taken for a song to hit number 1, which is equal to 35 years, and the longest gap between two number 1 singles, that is, 44 years.

Other massive revivals include those of The Mamas and Papas, following the use of their song California Dreaming. Also, Master Of Puppets by Metallica also made a top-chart appearance, after it got featured in the last episode.

At the number 1 spot, what else other than the iconic scene where Max Mayfield, brilliantly portrayed by Sadie Sink, runs from the nemesis of Season 4, Vecna aka 001 aka Victor Creel? A scene of masterful cinematography and apt VFX, which is coupled with the perfect song for the moment, which made it a scene to remember. The song quickly became synonymous with Stranger Things and Max Mayfield, becoming the title song of the season. Kate Bush’s Running Up That Hill was just the perfect choice indeed.

At number 2, there is the epic scene where the beloved Eddie Munson shreds his guitar in the Upside Down playing Metallica’s Master Of Puppets, while red thunder flashes in the background. It just doesn’t get any cooler than that. A worthy send-off to one of the most popular characters on the show, it is a scene that will forever give a rush to those who watched the show. It also put into perspective how hard Joseph Quinn worked to bring his character Eddie to life, as seen by his dedication to learning the guitar chords.

3. Dustin and Suzie’s “Never Ending Story!”(Ep: The Battle Of Starcourt)

Limahl’s Never Ending Story was like a ray of sunshine in an episode, which is filled with dread with the lives of more than one of our favourite characters on the line. Suzie and Dustin’s duet of the song is bound to bring a smile to everyone’s faces, as Dustin tries his best to find out what Avogadro’s Number is. With the reactions of Will, Steve, Robin, Murray, and Hopper being everything to watch for, the scene defined fun in many ways.

Eleven and Max really defined the idea of catching a break with one’s friend, after much stress in this episode, and Madonna’s Material Girl just made a colourful and lively episode even brighter with its upbeat instrumentals and vocals. After all, who doesn’t want to see the two characters with the most troubled pasts having some fun and ice cream together?

5. Argyle being the best pizza boy ever (Ep: Dear Billy)

Is there anyone who doesn’t like Argyle and his funny pizza-boy personality? Musical Youth’s Pass, The Dutchie doesn’t only fit Argyle in every way, but it also somehow makes even the tensest scenes somehow humourous, like that one time, when Argyle is suddenly forced to run from armed men with a heavily wounded man. Despite not being a particular enthralling scene like the others, this song does indeed deserve to be on the list.

In short, Stranger Things has done an amazing job of introducing a whole new generation of songs to today’s generation. It has brought many old bands back to trending and has also prompted teens to step out of their comfort zone and try out other genres, such as rock and orchestral. The music has also added to the overall quality of the show and we just can’t thank the creators of the show enough for making it happen.

Do you love how Stranger Things have introduced decade-old music to today’s generation? Let us know in the comments! 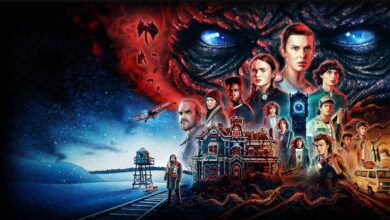 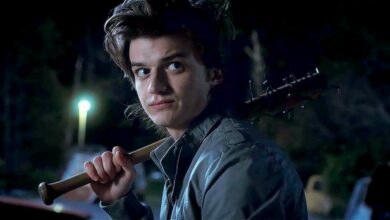 Stranger Things: How Steve Harrington went from being the most hated to being one of the most loved characters