Stranger Things as a series is now currently one of the most recognized shows worldwide, and even more so after the release of Season 5 on Netflix, the show has become a global phenomenon. Steve Harrington is undoubtedly one of the biggest fan favourites in the show, but it has not always been this way. His character has come a long way since he was first introduced in the first-ever episode of the show and we are going to look back at how his character developed and became the well-loved Steve “The hair” Harrington who we know today.

Steve Harrington, played by actor Joe Keery is a native resident of the small American town of Hawkins, Indiana. He comes from a wealthy family and is initially introduced as being a part generic bratty rich kid stereotype. Steve was the ladies’ man at his school and was also portrayed as being a bully to the other school students.

Mr and Mrs Harrington have never appeared on the show as of yet and Steve says that they are always away from home for one reason or the other. Therefore, it could be said that his being a bully was an effect of being devoid of affection and attention at home, since he was a child.

Although not a bright student by any means, struggling in his academics throughout, he was the basketball and swim-team captain in high school and a person often idolized by the younger students, due to his tag of being the “cool kid” at school.

Steve and his character progression in Stranger Things

Over the course of 4 seasons and 38 episodes of Stranger Things, a lot of factors contributed to moulding the character of Steve Harrington into the mature and humorous person, we all love. One of the most polarizing character developments in recent entertainment media, Steve has captured the hearts of many by the way he talks, handles situations and overall, how his character seamlessly gels with all the other characters in the show. We will take a look at some of the defining moments, which contributed to the current situation.

Probably the biggest factor in Steve’s character development in the Stranger Things is his relationship and heartbreak with another one of the show’s notable characters, Nancy Wheeler, who is the sister of Mike Wheeler. The two of them were shown to be dating in the very first episode of the show. Although in consent, Nancy seemed to be somewhat controlled by the more domineering Steve.

Steve was also shown hanging around with two other delinquents, Tommy Hagan and his girlfriend Carol Perkins. After the death of Nancy’s bestfriend Barbara Holland, Nancy is consumed by a sense of guilt as Barbara was alone at the time of her disappearance only because she refused to be with her to spend time with Steve instead. Determined to find out what happened to her friend, Nancy joins forces with Jonathan Byers, an introverted student of Hawkins High, whose brother Will went missing under the same circumstances as Barbara.

Steve misunderstood the relationship between Nancy and Jonathan and he along with Tommy and Carol spread rumours about Nancy in the town and addressed her using derogatory slangs and their romance comes to a hiatus. By the beginning of Season 2, they are dating again, but Steve makes another blunder by not validating Nancy’s feelings about her friend Barbara, who is now dead. This leads to their breakup after which Steve reflects more on his actions, which were the cause behind it and he takes it upon himself to improve as a person. The loss of love made him appreciate what he had more and he became self-conscious of himself.

The adventures of the Upside Down

The Upside Down is the main catalyst behind the plot of Stranger Things. Therefore, it is a crucial part of the character development of every significant character in the series and Steve Harrington is no exception. His first encounter with this supernatural phenomena was when he first came face-to-face with a Demogorgon, a monster hailing from the Upside Down itself.

In the following season, he came extremely close to death’s door more than one time and one time when he was almost killed by Russians hiding in Hawkins. These life-threatening situations made him much more rational and cautious of himself and his surroundings. It made him more mature and he was able to assess himself much better and respond accordingly. With each time he escaped death, he became bolder but more calculative, which is a quality to be proud of.

Friendship with Dustin and co.

The wholesome friendship that Steve shares with Dustin and his friends Max, Lucas, Mike, Will and Erica are another one of the reasons behind his character development. After his breakup with Nancy, Steve realized that he didn’t have any friends to count on among his peers and the ones whom he considered friends were in reality his enemies.

He then befriended Dustin Henderson. Although initially reluctant to associate himself with children far below his age group, it didn’t take long for Steve to backtrack on his decision and blend in with them. He realized that although they were kids, they had values which he could learn, such as loyalty and humility. The humility and humble attitude that Steve develops after befriending them is probably the biggest reason for him being as loved as he is today.

Although massively overlooked, Steve’s friendship with Robin Buckley is another reason behind his character development. Robin, the second love of Steve is also Steve’s second heartbreak after Nancy. The heartbreak happened when Steve confessed his love to Robin and she came out to him as a queer. But nevertheless, she still happens to be Steve’s best friend, besides Dustin and someone he treasures.

The heartbreak made Steve realize that regardless of efforts and desire, some things aren’t made to be. But Robin’s bright nature nevertheless could also have inspired Steve to continue to stick to his values despite the hurdles in life. Robin also came as a much-needed confidee in Steve’s life, being someone of his own age and a great friend. Also, who doesn’t love Robin and gets cheered by her antiques, including Steve!

Finding the long-needed validation in his life

Last but not the least, is the fact that Steve finally found validation in his friends which he didn’t receive as a kid. He lacked affection and attention from his parents as a kid and was often lonely. Despite his popularity at school, people never realized him for who he was, that is, someone in need of validation.

Even the few friends he had, ditched him when he didn’t meet their standards anymore. In such a situation, the people of Stranger Things came as a blessing in his life and heavily contributed to Steve becoming a lovable character from being a hated one.

We can see how Steve got inspired to be the person he is. The viewers of Stranger Things will also relate to how Steve became such a fan-favourite character, despite being hated in Season 1. This also is a further testament to how good the character design and writing of the show are.

Do you love the development of Steve Harrington‘s character in Stranger Things? Let us know in the comments below! 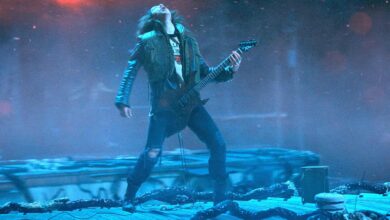 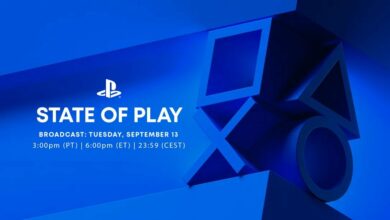