A Plague Tale Requiem is the sequel to the critically and commercially praises Plague Tale Innocence both developed by Asobo Studios. Requiem, much like its predecessor, is a stealth first game although this time it’s a bit different with a bit more focus on action in some segments, and also every aspect of the last game turned up to eleven. This is a narrative-driven experience so you definitely do need to play or at least know the plot of the last game. However, this A Plague Tale Requiem review going to help you decide if you should or should not play the game.

Music to my ears and heaven to my eyes

After looking at the environment of the Plague tale requiem and out of your window you would happily want to live in the 14th-century France that is on the screen despite the ever-spreading plague, that’s how beautiful this game looks. The scenic beauty the sheer amount of attention to detail and the time poured into every inch of the game world make you calm and make you take it in.

The sound design shines as well even making each footstep sound distinct be it yours, your allies or the enemies. Speaking of sound the music in this game is phenomenal and atmospheric. The sound mixed with the visual makes for an absolute treat to both senses, there’s no better way to describe it than a creamy coffee served with a fresh and crispy cookie.

An emotional epidemic with mature characters

The Narrative here is absolutely engaging there are a lot of genuine emotions here that are portrayed to perfection here complemented with an almost novel-like dialogue structure with cleverly and sometimes wit-fully written dialogues.

The most praise this game will get from this Plague tale requiem review as this story starts well and goes on pretty strong and even the end is very satisfying, topped with the beautifully written and charming characters you love from the first games Amicia, Hugo, Lucas, and their mother also some new and interesting ones.

Beauty without a base

Now that all the praises are done, let’s get to the gameplay which is pretty uncreative and okay-ish here as the core elements are here with some new additions as well but the game lacks the freedom in stealth sandbox provided in the last entry.

“Even if the gameplay is unintuitive, I can’t take my eyes off the visuals or my heart off the narrative”

The stealth system sometimes suffers due to a lack of innovative ways to deal with it however, the shinning aspect in the gameplay segment is its enemy A.I, on higher difficulties it can definitely give you a hard time and that combined with the new abilities can be a good time

The world and the performance

This game offers some light exploration but “light” exploration is sometimes heavier and more polished than that of some AAA open-world explorations, the world feels lived in the village tends to make a mark on any player who first reaches it and decides to take time to explore. The performance of This game is pretty good when in the stealth section or exploration but when 1000+ rats join the wagon, the frame rate dips not too hard but enough to make it janky at times.

Plague tale requiem is a well-written story with amazing visuals that are untouchable for many studios even now, though this game suffers from a lack of creativity in gameplay and some performance stutters.

If you’re here to play a game with great gameplay this one might not be for you but if you’re like me, as apparent in all our reviews and you can sacrifice some elements for great narrative and visuals then this is a must-buy.

Hope this review helps you to decide if A plague tale requiem is the right game for you, Let us know in the comment section!

Follow Daily Meta Dose on Twitter, Instagram, and LinkedIn, or join on Telegram channel for all the latest updates on Video Games, Movies, TV Series, Anime, 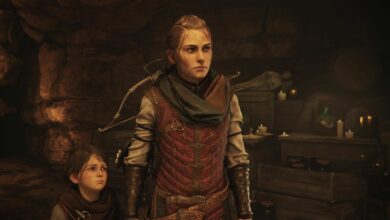 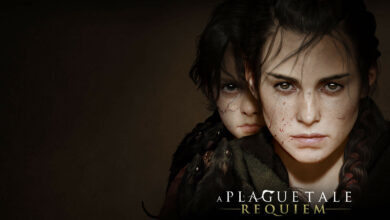