A swing to the soul

Kratos is aging like a fine wine and so are his amazing move sets, the way Kratos controls in this game can only be described as an axe on a troll. The flashy and fluid action in this game demands you to be awed and you can’t help yourself from it, the fiery chains the icy axe, and the good old axe throw that comes right back to your palm tearing enemies apart with a press of a button.

The utterly organic inner satisfaction achieved in this gameplay can’t be overstated so much so that it overshadows the first one. The addition of a sprawling new skill tree doesn’t hurt although it doesn’t provide the most joy in the game but it still can’t be denied of its excellence even when nitpicking. The few problems along the way is definitely going to get solved with the God of War Ragnarok first day patch.

The Ragnarok is imminent

The Ragnarok which primarily structures the storyline is an apocalyptic event that you intend to stop knowing it’s probably inevitable, but then again it’s Kratos we’re talking about. The game shows a shocking amount of heart living in absolute harmony with the rollercoaster of combat making the game untouchable. Even the side characters of GOW(2018) get a full-blown character arc here that is actually very relatable and worth passing. The character of Freya gets a deeper and more emotional arc to her character that comes in a circle to the gigantic beauty that is God of War Ragnarok.

The story does take many sharp turns while somehow managing the believability of the plot in the nine realms making them all the more sprawling. This time Arteus the son of Kratos gets the time and opportunities to shine even more than in the last game which flashes out his character, as he grows more mature, and responsible and becomes the forefront of the epic saga with Kratos.

“The action grabs you by your neck meanwhile, the story steals your heart and its grandiose visuals hypnotize your eyes.”

One of the most powerful aspects of God of War franchise since the last installment has been its portrayal of strong but grounded characters and God of War Ragnarok takes it to a whole new level. Even the most minor characters in this game have their own personalities and understandable and thought-driven motivations.

The new angle of characters like Freya and Arteus are commendable and the new editions are out of this world literally as they are Thor Odin and so on. Thor has an aura that is unmatched far in the sea of game. Odin by far is the most charismatic of the bunch as each time Odin appears on the screen, he steals every bit of silent applaud you might have in your heart.

The snappy dialogue delivery the grumpy and weighty lines give to Kratos really shows how far can a storyline go if its supported with dialogues and characters designed by talented and passionate folks.

The unhinged march of melody

One of the most key aspects to make a scene in any entertainment medium interesting and engaging is the music that accompanies it, and in this department God of War Ragnarok perfectly hits a homerun that probably reaches the heights of mount Everest. The music composed by the legendary Bear McCreay and you know how it feels if you’ve played the GOW(2018) and it goes even beyond that. Everything in this game is cracked up to Eleven be it the scale story characters or the music.

The scene by sceny transition or the epic triumphant tunes march in as you partake in one of the most epic battles in video game history.

In this God of War Ragnarok review if there’s one thing that is clear through every line it’s that God of War is not just a game it’s an epic that must be experienced by everyone, this is perfect as perfect things can be. Just don’t worry about a thing and buy this one if you own a PlayStation and this masterpiece of an entertainment medium will make the entire price of the console worth it.

Spoilers are getting out thick and fast so this game is a recommended must-buy for everyone reading this as soon as you can.

God of War Ragnarok is one of the best gaming has to offer, with a gigantic scale maintained by gorgeous visuals and merciless combat

Check out the review policy and Metameter scoring parameters

Hope this review helps you to decide if God of War Ragnarok is the game for you, Let us know in the comment section! 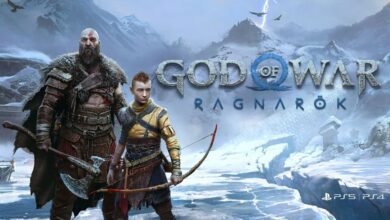 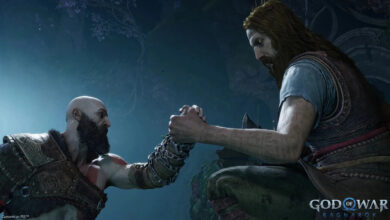 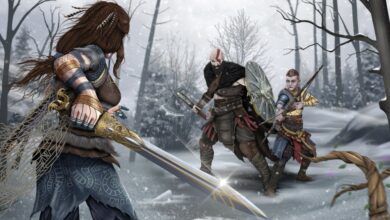 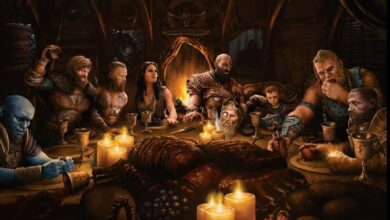 God of War Ragnarok: How to unlock All endings