Netmarble is making its foray into the Metaverse with its blockchain ecosystem called the MARBLEX. The Metaverse has a lot to offer when it comes to interactive entertainment and it looks like Netmarble is leaving no stones unturned with their latest endeavour.

The company announced its blockchain business blueprint at the fifth NTP (Netmarble Together with Press) in January 2022. The confident delivery of ‘being prepared’ turned out to be well-founded. Since then, Netmarble has been pushing itself forward into blockchain exploration for the past months. Its thorough preparation is now presenting visible results.

Blockchain gaming has been hailed as the next big thing of the game industry for quite a long time. Many have presented specific blueprints or already achieved meaningful results through full-fledged business development.

The company firmly believes that it will be able to achieve unprecedented success with its speed and direction. Netmarble’s blockchain business is strategically on track toward establishing a sustainable, multilateral, and reliable blockchain game ecosystem.

What is Netmarble’s blockchain ecosystem: MBX

Netmarble launched its proprietary blockchain ecosystem ‘MBX’ about a month after the 5th NTP. The ecosystem is focused on elevating the excitement of Netmarble games by incorporating blockchain technology. MBX token was unveiled last February, and it recently began servicing the ‘MARBLEX Wallet,’ which utilizes a Klaytn mainnet-based blockchain ecosystem.

Klaytn mainnet was first developed by Kakao subsidiary Ground X and transferred to another subsidiary Krust earlier this year. In addition to MBX, key calls from game companies that have entered the blockchain business, such as Wemade’s Wemix and Kakao’s Bora, are based on Klaytn mainnet.

The MBX ecosystem has been evolving swiftly since its first release. A3: STILL ALIVE added a new “Inetrion Dungeon”, where users can get “Inetrion Ore.” With further updates, users can exchange the ores for an in-game token called “INETRIUM” and will be able to convert it to MBX via MARBLEX Wallet through progressive updates.

Netmarble’s initiative to vitalize the MBX ecosystem is not limited to its powerful IP. Gamers can make profits while enjoying games, and developers, publishers and MBX service providers who create and provide games can also be rewarded through various activities.

According to the MBX White Paper, 1 billion MBX tokens will be issued, 75 percent of which will be used to revitalize its ecosystem and communities. It includes compensation for user staking, service improvement, technology development, etc. In the MBX ecosystem, users can be rewarded for their staking with MBX token funds, which the publishers set with tokens purchased in the market using partial game revenue.

The “Matching Reward Fund” is expected to establish a vitalized circulation of the ecosystem by successfully preserving the value of game tokens and MBX tokens.

In addition, MBX plans to burn 50% of fees generated from blockchain services to preserve the token value. The remaining 50% will be reserved in the growth fund and used to vitalize the ecosystem for the long-term.

We now know about Netmarble’s blockchain business strategy and how it is approaching the Metaverse. The company believes that their outstanding game development skills, abundant publishing experience, and know-hows are very much capable for bringing sufficient capabilities within the market.

One of Netmarble’s key weapons is a variety of powerful IP-based games. Netmarble will continue to raise its competitiveness within the industry by leveraging the ecosystem for the games.

Details of MARBLEX token and wallet

The Beginning of Long Journey for MARBLEX

The MARBLEX project has finally begun its long journey by issuing $MBXs on Klaytn and releasing the white paper through their website on the 7th of March, 2022. Below is the information about the distribution of $MBX given by Netmarble.

The application of MARBLEX wallet was officially launched after LP to Klayswap on the 17th of March. You can now use the MARBLEX wallet to store the supported cryptos only, including $KLAY, $MBX, $MBXL, $GAME — game tokens to be issued in turn –, and NFTs. Sending/receiving any supported cryptos and interacting with a variety of services will soon be available. The app is now available on both Android and iOS.

Note that the MARBLEX wallet does not support all cryptos but only a few cryptos mentioned above, so please check the list of cryptos in advance before sending any.

What is the future of MARBLEX and Netmarble’s blockchain games

Lots of popular games published by Netmarble are lined up in the waiting list to be integrated into the MARBLEX blockchain network. Players need to hold their excitement for sometime tp enjoy the best game content from Netmarble. Anyone who takes part in the ecosystem can get rewards in the type of in-game assets or cryptos like $MBX and $GAME if they are qualified under specific conditions.

The NFT marketplace of MARBLEX is currently under development in which users are free to buy and sell in-game-assets or accounts in the form of non-fungible tokens, NFTs.

The MARBLEX wallet is going to be upgraded and improved and one of their short-term plans is to introduce the functionalities of the order book where users can exchange their own cryptos, especially between $MBXL and $GAME as well.

Netmarble has assured that they consider the value of $MBX important so they are planning to approach top-tier CEXs that they are expecting to see $MBX listed on in the foreseeable future. Additionally the company has said that when it comes to DEXs, they are finding the best way to provide liquidity on DEXs because it could have an impact on the price.

Head on to MARBLEX’s official website for more details and stay tuned with us for all the latest updates. 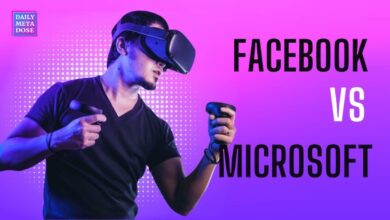