The much anticipated Season 3 upgrade for eFootball 2023 has gone live on January 12. Following the success of National-teams-themed Season 2 which brought in special events during the FIFA World Cup 2022, Season 3 as was speculated, turns out to be going back to Club Oriented events and campaigns. Since the primary aim of this update was to bring back Club oriented events and rewards, the developers at Konami have cheekily titled this update Back to the Clubs. In this article, we are going to discuss everything that has been added to the game post-version 2.3.2 in eFootball 2023.

The changeover from National Teams to Club Squads serves as the topic. The Football Festival came to a conclusion with Argentina taking home the trophy, signaling the end of Season 2 in the game after a month-long run. The emphasis will be on the League and Cup games because the players have all returned to their respective teams.

The game will continue to update on Club Fixtures with the Season 3 release. Players that are currently playing for their respective clubs rather than their respective nations are featured in the POTW packs, Club Selection packs, and the recently unveiled Derby packs. Further up, let us look at all that is in store for us in version 2.3.2.

We shall once more be able to observe fresh Epic and Big Time players based on their successes in the domestic leagues of their respective eras.

Another plus for this season is an improved Match Pass. It will again have Regular, Value, and Premium Match Pass tiers, and as the player advances, more rewards will be available.

Nominating Contracts has been helpful in assisting you in bringing in top-tier players for your team, and KONAMI has once again been successful in doing so. Players can sign Mid-season MVPs and Club Icons through Nominating Contracts as part of the Back to the Clubs initiative. This is fantastic for bolstering your individual Dream Teams.

3. Bonuses announced as a part of the Lunar New Year Campaign

The Lunar New Year events on KONAMI are always noteworthy because they provide users with generous rewards. The gamer can get a tonne of training experience this time as well. The extra campaign goals are also updated along with that. As a result, they can accumulate up to 50,000 Exp, 2,000 eFootball Points, and 120,000 GP.

The “European Club Championship” Special Challenge event is presented in addition to the tour event. To earn 30,000 Exp. for each Match Level won, players, can select from any of the Regular, Top Player, and Legend difficulty levels.

After a glorifying Festive Season campaign, fans would be rather gloomy about Season 3 since the former proved to be more rewarding in terms of gifting players from various Featured Packs. For now, we can say that things have come back to normal, the old Club-themed events and packs are back. Brand-new Highlight players are given access to the Nominating Contracts, so it would be worthwhile to wait. We will be able to judge how well this has been done overall as the season goes on.

Check our other guides on eFootball 2023 here below! 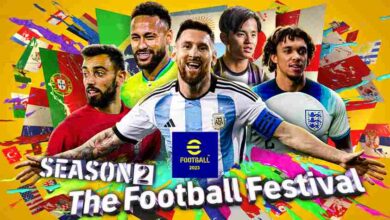