The opening week of eFootball 2023 saw a lot of exhilaration from fans as they were kept engaged in various in-game events offering eFootball Coins and Chance Deals as rewards. Although we did not get to see any Legendary Player Packs in the first week, the game has added various Limited Time Player Packs that need eFootball Coins and Nominating Contracts for signing. Well, eFootball Coins are an age-old concept of this soccer series but, Nominating Contracts and Chance Deals are something that has been introduced off-late. As we advance into the second week of eFootball 2023, it is high time that we understand what they are in detail.

In this eFootball 2023 Guide, we are going to talk about Player Packs. To be more specific, we are going to do a detailed discussion on the two new Player Signing methodologies, i.e., Nominating Contracts and Chance Deals.

Nominating Contracts have a 60-day expiration window starting on the day you redeem them from your mailbox. Therefore, be sure to use them to acquire your preferred player before they expire. There are 4 types of Nominating Contracts:

How to earn Nominating Contracts

One can earn Nominating Contracts, simply by completing some of the Objectives listed under the Regular Objectives section, or sometimes even as a part of a special campaign listed under the Premium Objectives section. Only by participating in in-game Tour Events will you be able to accomplish these Objectives. However, unlike eFootball 2022, one can no longer earn Nominating Contracts from the eFootball Leagues and Worldwide Challenge Events.

Just like Nominating Contracts, Chance Deals are special in-game resources that enable users to draw a random player from the list of players falling under the Chance Deal Pack. It is synonymous with the Free-Pulls that we used to get in the earlier versions of the title.

However, Chance Deals can not always be claimed from the in-game mailbox. We might need to play one or two Tour Event Games before we can finally claim them from the inbox. Apart from Legendary Player Packs, we can also sign players from Featured Player Packs and Standard Player Packs (mostly Club Packs of the Clubs Partnered with Konami).

How to earn Chance Deals

Just as we said there are primarily two ways to earn a Chance Deal:

Now, to take part in that special Tour Event, one must head to Dream Team. Generally, one needs to accumulate a certain amount of Tour Points from that Tour Event to be eligible for the Chance Deal Reward.

You need to take on an AI-controlled squad in such Events. The points accumulated after each match depends on the Match Difficulty that you set and the Squad value. Your squad valuation is higher if you field players that take part in that particular league or belong to that particular side in the real world.

Did you find our eFootball 2023 Guide on Nominating Contracts and Chance Deals useful? Let us know in the comments below. 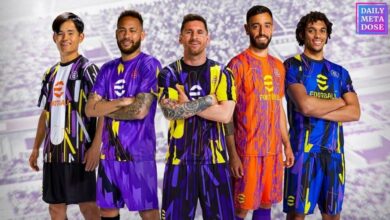 eFootball 2023 Guide: Complete list of available Objectives and how to earn them

August 31, 2022
Subscribe
Login
0 Comments
Inline Feedbacks
View all comments
Facebook Twitter LinkedIn WhatsApp Telegram
Back to top button
Close
wpDiscuz
0
0
Would love your thoughts, please comment.x
()
x
| Reply
Close
We use cookies to ensure that we give you the best experience on our website. If you continue to use this site we will assume that you are happy with it.OkNoPrivacy policy