Tower of Fantasy has been a rising title in the gacha genre. Since its release, lots of new things have come and it makes clear that the developers are working hard to make sure the game can still be a favorite title of many players. The game holds an enthusiast fanbase who are constantly trying to find out what’s coming for Tower of Fantasy in the upcoming days. In this article, we have covered a few details about the leaks of Tower of Fantasy that shows the game’s upcoming content update, including Battle Pass season 2, content from Vera region, and the next limited banner for Cobalt-B.

Vera has been an interesting part of Tower of Fantasy since the release of it in the Chinese version of the game. Until now, it’s not been released in the global version and is expected to arrive with the Tower of Fantasy 2.0 update. The leak shows Vera teleport ship added to the game in the version 1.5 update.

Battle pass has been an interest for players who invests in the game. The battle pass features a lot of rewards that come upon purchase. Leaks show a glimpse of the rewards including the avatar, avatar banner, chat bubble and more for Tower of Fantasy season 2.

Cobalt-B is one of the fire-element simulacra that is only available in the Chinese version of Tower of Fantasy as of now. Leak suggests that Cobalt-B is coming to the global version in the next banner.

Also, more leaks have been shared online showing Marc and Bai Yuekui in the global version of Tower of Fantasy. Other than that, much more info regarding the Vera region is also leaked.

We hope that this article on leaks in the upcoming time in Tower of Fantasy will be useful for you to enjoy the game better. What are your thoughts? Let us know in the comments below! 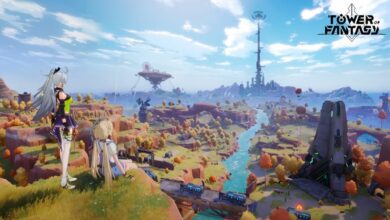 September 23, 2022
Subscribe
Login
0 Comments
Inline Feedbacks
View all comments
Advertisement
Facebook Twitter LinkedIn WhatsApp Telegram
Back to top button
Close
wpDiscuz
0
0
Would love your thoughts, please comment.x
()
x
| Reply
Close
We use cookies to ensure that we give you the best experience on our website. If you continue to use this site we will assume that you are happy with it.OkNoPrivacy policy