Com2uS has been one of the leading game developers across the world and has had great success in the industry so far. Now, the gaming giant is releasing its new blockchain-based play-to-earn game, Idle Luca on both Android and iOS platforms. Idle Luca is an RPG with an immersive storyline and the play-to-earn feature which was launched recently, and in this article, we’ll discuss how someone can play and earn from this game.

Idle Luca is an RPG game that runs on COM2US’s own C2X blockchain platform. The game features extremely cutest characters who can be summoned as mercenaries to fight battles for the players. If you haven’t checked out the Idle Luca review yet, give it a read.

How to play and earn from Idle Luca

Idle Luca is set on a planet where there was a huge explosion, only Ethers existed on this planet. The huge explosion created four attributes on the planet which include fire, water, wind and water. The byproducts of the explosion created an entirely different planet called Rovelius. Rovelius had gods who ruled the land based on their powers which were light and dark. Followers of these two gods constantly clashed and this has now led to an all out war between the two.

Players will now go on a tough and tiring journey through Rovelius, where they will fight numerous battles to become the best mercenary. Players throughout the game will earn rewards by completing daily tasks and by participating in PvP battles. Intelligent strategy with perfect understanding of each character is the key to winning PvP battles in Idle Luca.

The game features various modes with which players can enjoy the game and also earn at the same time:

Players can go around solving problems across Rovelius in this mode for which they will be rewarded with Lucy’s EXP gems.

Players can obtain their Rovels of choice by collecting howls in the Rift Dungeon which contain the power of the four elements.

Players will be responsible for solving problems across the planets, in the request center they can dispatch players to attend and solve problems reported by the citizens, on successfully solving these problems players will get rewards.

This is a PvP mode where players can go head to head against each other and see who emerges as the best Veliuses of Rovelius.

A place where battles take place under the control of Machina. Here, it is indicated by figures how effectively all participating Veliuses from the Rovelius clear the missions given by Machina. Machina will give rewards based on the sum of all the scores recorded by the Veliuses and the best mission score.

How to get Idle Luca in-game currencies and tokens

How to exchange tokens in Idle Luca

How to play and earn from Golden Bros by Netmarble

How to play and earn from SID Eternal

How to play and earn from MCity Metaverse: Play & Earn 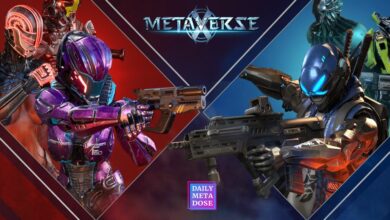 How to Play and Earn from X-Metaverse