Netmarble has announced the launch of Golden Bros on 28th July 2022, a casual 3v3 shooting game based on blockchain technology. Golden Bros will feature a real time 3v3 combat between squads. Golden Bros has instantly struck success with its extremely simple controls and intuitive combat rules which can be easily adopted by anyone. Players can also choose from a number of maps to play where they can come up with strategies to win battles. And in this article, we’ll discuss how the players can install, play and earn NFT and eventually cryptocurrency, and money from Golden Bros.

Golden Bros is Netmarble’s latest release to be launched under the blockchain technology category. As of now the company has only released the trailer of the game which flaunts eye catching graphics and simple layout configuration for a 3v3 combat shooting game.

How to play and earn from Golden Bros

Players in the game are referred to as ‘Bro’. Players can select their ‘Bro’ according to their play style and strengths, and then use ‘skill capsules’ which are acquired during the process of the game to grow different combat roles.

With short battle times and easy skill configuration players can construct their own growth tree. With new experiences in each match players are forced to make last minute plans which brings extreme randomness and fun to the games.

How to earn more GBC Token

Players can each upgrade costumes in the game by completing several milestones or by obtaining a mystery box. Obtaining a costume will enable players to get GBC as they engage in cyrptobattles. The amount of GBC a player earns will be determined by three factors which includes Costume Grade, tier and final battle results. Although the game offers 9 free-to-play bros, players will need to have an NFT costume to start earning rewards.

GBC token is the main utility token of the game. GBC can be obtained by exchanging Reg Gadgets that are won by players in battles. GBC can also be used to exchange goods, purchase in-game items and resources.

How to get more Red Gadget in Golden Bros

Red Gadget is the in-game token. Red Gadget can be earned by simply playing the game and completing several milestones. Players can use Red Gadget to upgrade their bros with which they can challenge stronger players and earn more rewards or exchange Red Gadget for GBC.

Once players are satisfied with their hero costume upgrades, they can send the NFT costume to other players via CUBE wallet. Where they will have to create an account and send one NFT Costume at a time.

How much can you actually earn by playing Golden Bros

Earning from Golden Bros varies by factors such as Win/Loss rate, League Tier, and Costume and Collection Card Grade.

Players can earn The Red Gadget based on the outcome (win/loss) of each cryptobattle, League Tier, and Costume Grade. The straightforward calculation is shown below:

The outcome of each cryptobattle is the most significant factor in deciding how much Red Gadget you will earn. If you lose the battle, you will receive 0.1 Red Gadget regardless of your Tier or Costume & Collection Card Grade.

The Red Gadget obtained from battle will vary depending on your League Tier, which reflects your performance history. As you progress through the Tiers, you will have a better chance of earning more money in each battle.

Golden Bros is officially available from 28th July. Players can visit the official website to get more information. 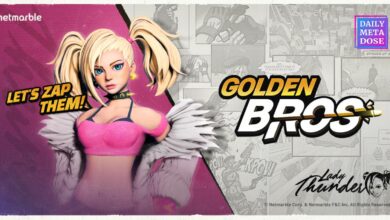 Golden Bros Equipment guide: Here’s how to get the best items 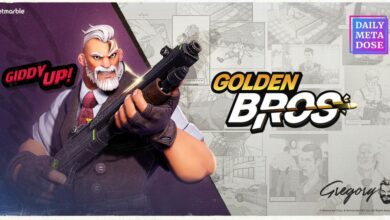 How to play and earn from Idle Luca blockchain game

How to play and earn from SID Eternal