Idle Luca is a new Play-to-Earn title by Com2Us that is free to play and currently in beta for Android and iOS. The game advertises RPG gameplay that doesn’t require too much effort or attention put into it. Instead, it makes earning from playing easier through options like “Automatic Hunting”, which we’ll talk more about in this review.

The first impressions for this game aren’t necessarily bad but more towards a stable “decent” on the scale, the issue here being that it looks generic and pretty similar to most other 2D-ish action RPG with those younger looking characters. Not something you necessarily can hold against P2E games where the focus is the earning mechanics but nevertheless, it’s worth pointing out.

Gameplay is just like any other idle RPG game

As mentioned before, the gameplay looks a bit like some other games we’ve seen. Players deploy their fighters on the field, use attacks against enemies and then try to use different strategies to win. Players have a limited amount of time to eliminate their opponents though.

The mercenaries in the game can be upgraded with the resources that players earn from grinding in the game and speaking of the resources, the game has eleven different currencies just for the in-game items and only a few of them can be converted into C2X and ILT, which are the game’s blockchain based currencies. For a game that’s meant to simplify gameplay without too many complicated RPG elements, 11 currencies aren’t exactly ideal and might cause confusion for some of the players.

The game looks pretty decent overall and there weren’t any major bugs or glitches. The gameplay can get a little repetitive, although with the auto option, players can progress through without having to pay much attention to the game.

Graphics and Audio are generic in Idle Luca

The game has pretty generic looking visuals and we’ve seen the 2D cartoonish look before while the audio is standard and nothing to complain about or delve too deep into.

Controls and UI are just fine

The controls are mainly just tap and drag and the game is pretty responsive while the UI is yet again not unique in any way and similar to other games we’ve seen before. But it does work just fine without any issues.

Ads and IAPs are there

The game doesn’t have advertisements which is a good thing, although it does have in-app purchases which are kind of expected considering the game’s play-to-earn elements. The P2E elements do check out and there are some free options to earn too in case players don’t want to invest.

To put it simply, Idle Luca doesn’t have anything unique to offer however the focus is the play-to-earn aspect and the gameplay for the most part fits the description of being on the simpler side. If you’re looking for a game that offers P2E options without having gameplay that requires too much attention, then this is the game for you.

User Rating: Be the first one !
Google Play
App Store 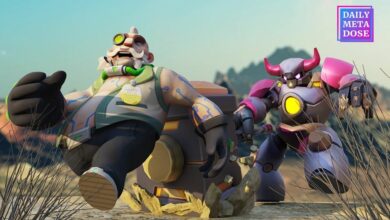