Trifox is a very eye-pleasing 3d platforming action-adventure game developed by Glowfish interactive. While it falls into the category of 3d platformers, it rather focuses more on the action, strategy, and skill level than meets the eye at a glance. The surprisingly deep Playstyle system, though not too intensive and time-consuming to understand initially might stagnate you, thus we’ve prepared a guide of the playstyle system that will help you take control of the phenomenal fox in Trifox.

Easy to pick up hard to master

This game has three playstyles both of which follow the pattern of easy to pick up and hard to master, this game challenges you but in a fair way. Trifox presents you with three distinctive and unique playstyles which were the main highlight of the game and lets to mix and match between them. The more you gain familiarity with the perk of a playstyle the more your gameplay would lean on that playstyle. If you are curious to know the overview of the game, check out our Trifox review.

but once you master every playstyle buy using at least one of their various perks, the fun never stops.

Each playstyle has 10 unique skills to unlock making it a total of 30 skills, in this case, we are going to discuss and elaborate on tier 1, 2, and 3 of each playstyle as mentioned above.

As the name suggests, this mode is for the brave ones, its a melee focused and offers you much more damage to deal than the other playstyles, yet also keeps you vulnerable the most as you can’t get out of a melee animation even if you’re getting swarmed by enemies. It offers a very interesting risk vs reward situation for you, which is pretty well balanced.

Initially, this playstyle offers you a dash that is pretty underpowered that its contemporaries in tier 1 i.e the helicopter from the engineer style or the teleportation from the mage style. However, the later skills are way more powerful in this style.

Tier one of the Warrior playstyle consists of two skills that are pretty competent and the most effective compared to the tier 1 skills of other playstyles. The first skill offers you a hammer that deals the most melee damage in this game, even effective in boss fights, and a recommended one by me. The second one gives you a crowd control thump that stagnates mostly lower-level enemies.

Tier two offers you three skills to grab. The first one is a grapple, yes this game has a grappling hook, and no it’s not as effective as grapple hooks are in other games. Other than that there is a crowd-control hammer spin attack which is basically a long animation that is semi-controllable. And lastly, there’s a physical shield that can defend you from ranged weapons. All in all a mediocre tier compared to other playstyles.

This tier offers you four skills to grab. The first one is a leaping move where you launch yourself with a hammer toward the enemies, the second one is earth bender where you spawn rocks around you to attack and defend, the third one is where you spawn a series of rocks in your way to hurt enemies in standing in a row. The mighty fourth one is where you unleash an ultimate strike to ensure massive damage to whoever dares to stand your way in a flash-like manner.

The mage is the most beautifully animated playstyle with well-telegraphed moves. This one is a bit more movement and defense focused than the other two. This perk gives you magic abilities which are truly as fun as it sounds and lifts the game upwards in terms of animation quality while looking really cool as three magical flies always fly by your head almost looking like a crown made of fireflies.

Initially, this playstyle offers you the best movement perk there is in Trifox, teleportation. This ability lets you teleport to a nearby position which is really overpowered hand that helps you in combat as well as in environmental puzzle-solving and chest hunting. However, the later tiers aren’t as exciting as the tier 1

The tier 2 of mage offers you two abilities, a ranged magic attack that throws short magic beams to the enemies doing a little damage, however, if you hold the attack button it can produce a constant array of magic beams especially useful in boss fights. The second ability lets you throw a magic ball that slowly moves through the enemy and produces a blast killing up to 2-3 enemies.

Tier 3 of mage is rather interesting and visually appealing, as well as being pretty useful in combat. It offers you three skills, the first one is a magical whip, and it’s honestly the coolest weapon in the games and can get you awestruck at the first sight. The second skill is the best defensive move in the early game, it produces a magic wall that blocks every ranged attack though has a long recharge time. And the last one gives you defensive abilities against physical attacks by letting you summon a magic portal right in front of you, it’s not very appealing to me however you might find it to be your type.

Tier 4 of mage offers you four abilities to grab. The first one is the shard drone ability where you get a magical drone to shoot enemies beside you. The second ability is where you magically spawn a decoy of you that distracts the enemy and attracts some attack on its way to make you free. The third one is where you get a piercing shot, that obviously pierces through many enemies. The fourth one is where you get a singularity ability that pulls everything in front of you towards each other hurting both.

This is a very effective and balanced playstyle with an emphasis on gadgets. If you equip any perk from this playstyle you’ll be given an adorable little backpack filled with some useful gadgets. This playstyle doesn’t offer too many unique visuals as a mage but rather provides some decent tactical ways to approach every encounter.

Right off the bat, this class gives you a miniature helicopter mounted on top of your head that flies a little distance mostly used for dodging. While teleportation is better looking and more useful than this in some ways but this one on the other hand makes platforming a piece of cake.

Tier 2 of the engineer playstyle provides you with two unique skills, which were really an integral part of my playthrough. They both are immensely effective options for ranged attacks. The first one is an automated mounted flame thrower that is really the best mounted short-range weapon here and the second one is a backpack-mounted minigun, which can be a lifesaver against ranged attacker enemies.

Tier 3 of the engineer playstyle definitely takes things up a notch with a tactical playthrough in Trifox. The three options available here are the most viable ranged attacking and defending options. The first one is a frag mine which is useful in some scenarios, the second one is a manually controllable rocket launcher that lets you control the pathway to the rocket you shot. And lastly, the third one is a defensive wall that protects you against all attacks as well as blocks the path of enemy attackers.

Tier four of the engineer playstyle offers you four abilities to grab. The first one is a repaired drone that takes care of your deployed gadgets. The second one is a teslapiller that stuns enemies. The third one is a laser nodes ability that ensures damage to any enemy that comes close. The fourth ability grants you a rocket launcher turret that as you might aspect launches rockets toward enemies and are really powerful.

Don’t stick with one playstyle

The biggest mistake you can possibly do is sticking with one playstyle and its perks. You’re given 5 slots so mix and match between the perks taking only those that suit you most and express yourself through unique skill combos and implementations.

However, after playing the game for 8 hours my suggestion to you would be to always acquire one movement perk two ranged attacking perks, and one defensive perk so that when faced with a new or unexpected challenge you’ll have the flexibility to bounce back the rule the encounter. For a headstart in the game, make sure to check our Trifox beginners guide.

What are your thoughts on the playstyle system in Trifox? Let us know in the comments below! 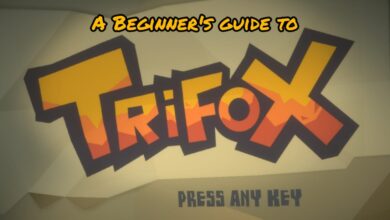 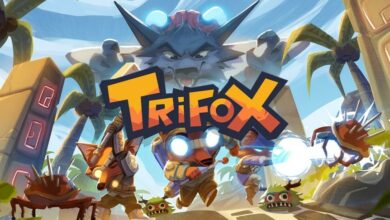 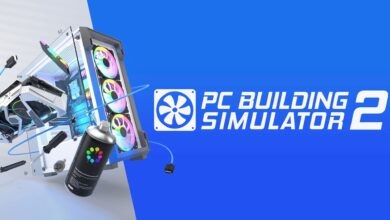 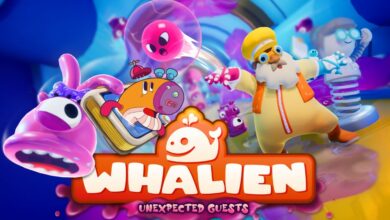 WHALIEN – Unexpected Guests by Forbidden Folds is coming to PC