Genshin Impact developer HoYoverse released more details about Genshin Impact Version 3.1 update, “King Deshret and the Three Magi,” arriving on September 28, 2022. Soon, a large desert region will be introduced by The Nation of Wisdom, where the tales and adventures that began in Sumeru will continue. Nilou, Cyno, and Candace, three local characters, will all have playable roles as well! In the meantime, under the starry autumn sky of Mondstadt, Weinlesefest is prepared to delight players with additional tales, activities, mini-games, and lucrative awards.

In contrast to the tropical jungle, Sumeru’s hard desert has a delicate beauty. The Mausoleum of King Deshret can be found in the middle of the desert, along with dungeons filled with puzzles, mechanisms, and robotic guardians powered by earlier inventions of the vanished god and his civilization.

Aaru Village, the desert people’s largest village and a haven for exiled intellectuals and a mine of knowledge, is also in the desert. Sumeru’s Archon Quest continues to evolve as players explore the desert region and new factions emerge, including two Fatui Harbingers named Il Dottore and Scaramouche.

Two new Boss Enemies will make their appearance, powered by unidentified technologies. The leader of the mechanics manning the King Deshret Mausoleum, the Algorithm of Semi-Intransient Matrix of Overseer Network, is capable of turning invisible when engaged in combat. Players will be tested in the rainforest by Aeonblight Drake, another brand-new boss enemy, who has unique attack patterns.

Three Sumeru characters will be available for players to enlist in their teams as dependable allies. Nilou will join as a five-star Hydro playable character after making her stage debut as a dancer, mixing her graceful dance techniques with swordsmanship.

The dependable General MahamatraCyno, a five-star Electro polearm user, is likewise prepared for battle. He also enjoys the upcoming Trading Card Game Genius Invocation, which will be included in Version 3.3. Candace, a half-blood descendant of King Deshret, will be the Desertfolk and Aaru Village’s guardian. She will be a four-star character with a polearm, and Hydro Vision in the Event Wishes with Cyno and Venti’s rerun during Version 3.1. Nilou and Albedo will be rerun in the second half of the update.

The annual Weinlesefest will be held in Mondstadt, far from the desert, and will be an opportunity to brew and drink the year’s best wine with the Anemo Archon. In Mondstadt, players will have the chance to catch up with old friends and assist Razor in learning more about his history.

A significant one-day seasonal event as well as four different mini-games are included in Weinlesefest. By earning Festive Fever through mini-games, players can redeem a variety of prizes, including a new four-star weapon called Missive Windspear and its unique refinement materials.

Participate in better events with more difficulty and rewards

Players can expect more difficulties and benefits with Version 3.1. Participants in the “Wind Chaser” competition will be required to control the wind’s energy within a unique Domain. In a different activity called “Star-Sojourn,” Seeker’s players will assist a little girl in achieving her goal of finding the Future Stars.

In the Spiral Abyss, if players successfully complete Floor 4, Chamber 3, they will be rewarded with the chance to free recruit Collei. In addition, the daily login event is returned, offering the chance to win Intertwined Fate 10 and other prizes. Players will receive a total of 1,600 Primogems, 4 Fragile Resin, plus the special items “Jumpy Dumpty Party Popper” and “Cloud Retainer’s Damasked Device” via in-game mail.

Version 3.1 will introduce a few new features to further improve the player experience, such as dynamic terrain deformation, a method to more accurately recreate the genuine trails on the sand. The DualSense Controller will continue to receive greater support in the interim, enabling vibration feedback when characters use Elemental Burst.

Genshin Impact is a free-to-play open-world adventure RPG that brings players to the visually stunning world of Teyvat. The player assumes the character of the enigmatic “Traveler,” who embarks on a quest to learn what became to their missing sibling and, in the process, reveals the enigmatic secrets of Teyvat.

Four of Teyvat’s seven major nations—Mondstadt, Liyue, Inazuma, and Sumeru—may now be explored by genshin Impact players. These nations each have their own cultures, histories, and expansive surroundings, as well as a variety of monsters, creatures, mysteries, and hidden treasures that can be found there. As the game develops, new places, tales, people, and seasonal events will be added.

What are your thoughts on the new map coming with the 3.1 update in Genshin Impact? Let us know in the comments! 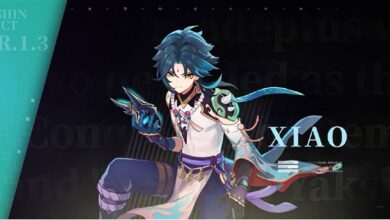