Genshin Impact by HoYoverse has taken the open-world action RPG market by storm ever since its release in 2020. In the new update 3.0, Sumeru has introduced a jungle biome. Players can now explore a beautiful unexplored landscape with its myriad of enemies and secrets. So, naturally, we are curious about what comes next. We are here to satisfy your curiosity by bringing you the latest leaks on the next Genshin Impact version 3.1 update.

Update 3.1 is going to introduce a desert biome with a character style resembling the Egyptian culture style. We can hardly fathom what amazing content we are going to get.

From what we can see The Downwind Erosion, Sand Colonnade, and The Windward Erosion will be the possible map area that will be added in the next update of Genshin Impact. The general lore and the various types of enemies are yet unknown but the basic environment designs certainly add excitement for fans.

A possible new character with her environment interaction and the environment design looks simply heavenly. Genshin Impact version 3.1 update is definitely shaping up to be a masterpiece.

The beauty of these environments certainly will blow the minds of players. Though most of these are the same environments with different mechanics that only increases our excitement and curiosity.

There are plans on going for new name cards to be introduced in Genshin Impact’s update 3.1. What will the challenges be? What will be the new quests? No one knows for sure all we can do is speculate for now.

Genshin Impact’s 3.1 updates will be set in the desert with Egyptian culture in focus. This is a character design that has been leaked.

New weapons will also be added with their graceful designs and smooth damage against enemies. The beauty and the quality of these weapons will make the payer’s jaws drop.

This is the possible Abyss enemy lineup that has been leaked. We won’t know for sure until it actually arrives.

If the player travels to the entrance to Gandhara Ville, they will meet Darina, the traveling merchant. If the players talk to her she will reveal she is a traveling merchant who has traveled through the desert. Furthermore, she will go on to tell you that there was no desert originally in Sumeru and how it was formed. Confirming possible lore and the location.

Moreover, if players look to the edge of the Sumeru map, they will notice some yellow-orange running along the entire edge of the border in the west of the Sumeru region giving hints in the Genshin Impact 3.0 update about the 3.1 updates map biome.

There are plenty of screenshots to raise so many questions yet too little to give us proper answers. What is the next update going to be like? The excitement cannot be contained. Whatever the case we can all agree that the next update for Genshin Impac, 3.1 is going to blow all our minds away. Stay tuned for more leaks and news on Genshin Impact 3.1 update.

We do hope these Genshin Impact 3.1 leaks were able to satisfy your curiosity! What are your thoughts? Let us know in the comments below! 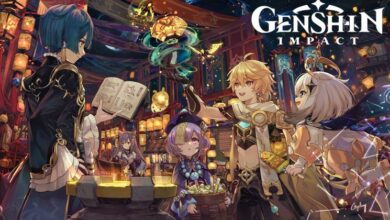 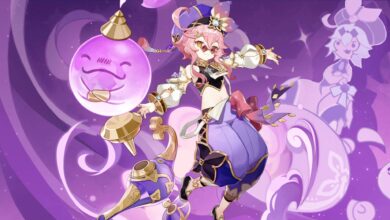 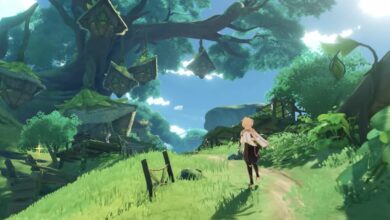 August 28, 2022
Subscribe
Login
0 Comments
Inline Feedbacks
View all comments
Advertisement
Facebook Twitter LinkedIn WhatsApp Telegram
Back to top button
Close
wpDiscuz
0
0
Would love your thoughts, please comment.x
()
x
| Reply
Close
We use cookies to ensure that we give you the best experience on our website. If you continue to use this site we will assume that you are happy with it.OkNoPrivacy policy