Finally, the most awaited international event of Valorant, Valorant Champions, is set to begin on the 31st of August, 2022. It is going to be the second edition of the complete Valorant Champions Tour which is taking place throughout the year, crowning the new world champions of Valorant in a live tournament in Istanbul. Organised by Riot Games, it will see the top 16 teams from all over the world compete in this event to take the title of the World Champions. The defending champions Acend has failed to qualify for Valorant Champions, after losing to G2 Esports in the VCT 2022 EMEA LCQ. Here is everything that players need to know about the upcoming Valorant Champions 2022.

The Group Stage is going to be the first stage of this tournament. The 16 qualified teams for this event will be divided into four groups, with four teams in each group. Teams will play the group stage in a double-elimination bracket, with the top two teams qualifying for the Playoffs. All group stage matches will be in Best of 3 (Bo3) format.

The top 16 teams from nine regions from all over the world will participate in this tournament. The list of the participating teams, according to their groups is given below:

Valorant Champions 2022 will begin on the 31st of August, 2022 and conclude on the 18th of September, 2022. Viewers will find out the new world champion of Valorant in this fierce two-week battle. Here is the schedule of the initial match-ups in the group stage: All the timings are mentioned according to Indian Standard Time (IST) and are subject to change.

Teams who qualified through Circuit Points

OpTic Gaming secured their spot in the tournament from the North American region with the most circuit points. The Masters Reykjavik winners booked their seats with their triumph in the Valorant Masters in Iceland. Another North American team that has made its way to the champions is XSET. After, The Guard’s disappointing run in the Masters Reykjavik, XSET’s entry was confirmed with their outstanding Stage 2 performance, even before starting their Masters Copenhagen mission.

Fnatic and FunPlus Phoenix qualified through the circuit points from Europe, the Middle East, and Africa. Fnatic secured their spot in the Champions with their consistent performance in Masters Reykjavik and Copenhagen. On the other hand, FunPlus Phoenix topped this region’s circuit points table after winning the Masters Copenhagen beating Paper Rex in a nerve-wracking final.

Paper Rex and XERXIA have made their way to this year’s Champions from the APAC region. Paper Rex has been one of the most hyped teams this year after their successful performance in both Masters Reykjavik and Copenhagen. The second-best team from APAC, XERXIA, booked their slot with their qualification in both Masters this year.

Last Chance Qualifiers of this year have certainly been one of the most exciting events of this year. As the name says, it was the last chance for the teams to qualify for the Champions event.

The North America LCQ was one of the most hyped events of this year, as Sentinels brought Shroud back to the competitive scene with this event. Shroud fans from all over the world had their eyes on Sentinels at this event. But their new roster change could not help Sentinel much. 100 Thieves booked their slot in the Champions from the NA LCQ after a successful lower-bracket run.

Team Liquid got into the Champions from EMEA through the Last Chance Qualifiers. They beat M3C in the Grand Finals to confirm their entry to the Champions. M3C, previously known as Gambit, was the runners-up of the last year’s Champions event.

South America was the only region with two slots from the Last Chance Qualifiers, one from Brazil and one from LATAM. KRU Esports were crowned as the champions, booking the last spot in the Champions from LATAM. FURIA Esports became the event runners-up and got the last slot from Brazil.

BOOM Esports qualified for the Champions event after beating ONIC Esports in the APAC Last Chance Qualifiers Grand Final. BOOM was certainly not the favourite coming into the LCQ, but they made their way to the Champions after pulling one of the biggest upsets in the APAC region.

For the first time ever in Valorant, East Asia is being included in the Valorant Champions. EDward Gaming booked their slot in the Champions from East Asia after beating On Sla2ers in the Grand Final of the East Asia LCQ.

The prize pool of the tournament has not been announced till now. Teams will also be paid 50% of the net proceeds from the Champions 2022 Skin Collection.

The exciting matches of the tournament will be streamed on the official Twitch and YouTube accounts of Valorant.

This edition of the Valorant Champions will undoubtedly be the year’s most exciting Valorant event. With Paper Rex and OpTic Gaming in their peak form, fans can hope for both the teams to take the Champions title this year. The comeback of 100 Thieves to the LAN event has also sparked great hype. After so many setbacks and criticism, the latest 100T roster looks stronger than ever coming into this tournament. KRU Esports, ZETA DIVISION, and LOUD certainly made their presence felt in the Masters this year, but only time will tell how these teams will perform in this tournament.

EMEA fans can also keep their hopes high of getting the Champions title of 2022 too, but with different teams like Fnatic, FPX, or Team Liquid. Another team who will have all eyes on them is EDward Gaming. This Chinese team has performed extraordinarily in their LCQ event, making other players amazed and cautious about them. We can only wait to see how the latest region in Valorant performs against other regions. Indeed, this year’s Champions event is packed with big teams and undoubtedly will be one of the most exciting events of this year.

What are your thoughts on the Valorant Champions 2022? Let us know in the comments below. 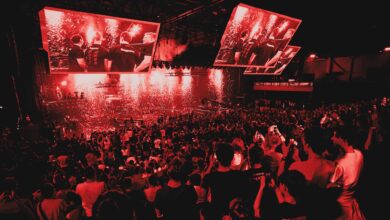