Many Torchlight Infinite players are confused about the characters at the beginning. The game consists of a walkthrough in which you have to select your favorable character. To proceed in the game it is important to select one hero. If you have doubts regarding choosing the best character then this Torchlight Infinite tier list guide is for you. With the help of this guide, you can select a hero of your own playstyle and gameplay.

Each hero has a separate role and gameplay which might not be for you. One right choice for the selection of your hero in the game can change your gameplay and you can efficiently walk through all the chapters. However, if you are just starting out, make sure to check our Torchlight Infinite beginners guide.

There are a total of 5 characters in the game. You have to select any one of these based on your play style since all them are equally powerful. The only difference they’ll make is your play style preference.

As the character is mage, so it’s our first role from the tier list. Handling both magic and ice to defeat enemies including the powerful spells that she generates will effectively damage them within her highest area. She can hit multiple enemies at a time.

Dealing with the highest damage output against her enemies is a totally ease to her. If you want the best of her, don’t forget to place her at the right time and apply attacks.

This is the second character in the list. He is a type of melee hero in the game. There is an unique folding story about him. Specialized in area damage with the use of his Hammer Ash. The hero, who is enough skilled to generate rage power and does he does this while taking the damage. This makes him more powerful with a bit more speed and attacks with his highest damage.

Many users use this character because of his damage resistance and is one of the best here to survive in the game for a long time. The full Rage bar will raise his movement and damage output too.

Spacetime Witness Youga is the third character described under the torchlight infinite tier list. He is mastered in controlling his surroundings of the game. Capable of causing major confusion against his enemies, which makes them down. With the help of powerful spells, he can destroy everyone. It is recommended to place your hero at the right time at the right move to have to experience the best of him.

In Torchlight Infinite game, if you like range fighting Divineshot Carino is the perfect choice for you. Full of skills in projectile attacks and other weapons. Fastest among all other characters and have great mobility too. For enemies having appropriate length, he can do great as he is the speediest unit in the game. It is the best choice for attacking enemies from a distance.

The last character from the torchlight infinite tier list is the Commander Moto. He is a kind of instructor in the game. The master of engineering and ember tech. He generates the high tech devices and commands them to follow his orders.

Specialized in fighting from long distances and is overpowered in melee flights. He is a unique character among all other heroes present on the list and has a very different kind of playstyle.

This is an ultimate guide which will help you to choose your perfect character from the list. It is a detailed set of skills used by them and you can select any of them according to your playstyle and gameplay. If you love long-range fights or close combats, there are options available for all. Selecting the best character is totally under the player’s choice. 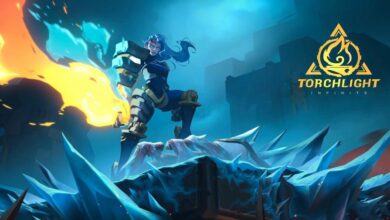