Super People is the newest, and hyped battle royale game from the South Korean developers Wonder People. The game is filled with a dynamic battle royale experience, excellent graphics and game mechanics. As with other battle royale games, the players’ objective in Super People is to be the last ones surviving. The players must play as any of the thirteen super characters with their unique abilities and a specialized gun. To survive and win in Super People, the player needs to be familiar with the guns in the games. In this article, we will rank the best guns from each class and guide you through which guns will be the best for you to use in Super People. However, if you are new to the game, make sure to check out our beginner guide and class guide on Super People.

Best guns from each class in Super People

Sub-machine guns are ideally used for close-range combats; these guns mostly have higher mobility and a higher fire rate, which makes them viable to use against enemies in close range. These guns use 9mm ammunition and are quite stable to use. The top-ranked SMGs in Super People are:

Assault Rifles are used chiefly for mid-range combats; these guns have moderate mobility and a high rate of fire but can take enemies down quickly in a mid-range fight. The 5.56 ammunition is used in Assault Rifles, and the players will find these guns pretty stable to use with reasonable accuracy. The best-ranked ARs in Super People are:

Shotguns are used for close-range combats only due to their very high, but the guns have lower fire rates and might put the players at a disadvantage if they miss their first initial shots. There are two shotguns: pumped action and automatic; the automatic ones are better to use due to their continuous fire. The best-ranked Shotguns in Super People are:

DMR are a combination of Sniper and Assault Rifles, with a higher fire rate and range slightly shorter than Sniper rifles. They are ideal for use in long or mid-range combat. However, they are pretty hard to use in close-range combat. The best DMR in Super People are:

Snipers are the perfect choice for picking off enemies at a great distance. Besides the fact that they have the slowest fire rate and are very hard to hit, Snipers are very useful if you want to farm some kills. With severe damage and range, you can easily knock down any enemy with one or two shots if you hit the target. The best snipers in Super People are:

Which are the best guns in Super People according to you? Let us know in the comments! 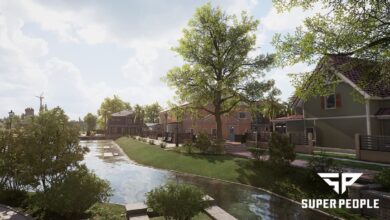 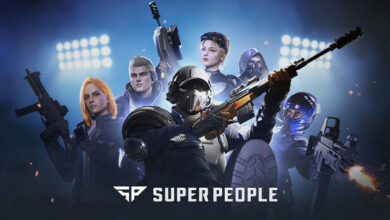 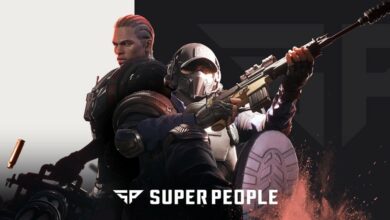