Summoners War Chronicles is another hit game from Com2uS company that is available to players. It’s interesting how the game deliberately creates so many creatures to accompany the Summoners. The players are greatly assisted by the many sets of skills and abilities that monsters possess when battling Tefo. To unlock quests and bring monsters with you, there are several requirements and tasks that players must complete and acquire.

One of the most crucial game components for obtaining Monsters is scrolls. In order to summon monsters and aid their individual Summoners in fighting alongside their allies, players must collect several sorts of scrolls. The game has a variety of scrolls, including:

The summoning of several Legendary creatures with 4-5 stars is made possible by the Legendary Scroll. These monsters, which rank among the most formidable in terms of strength, attack with a variety of skills that raise the attacking stats against the opposing soldiers.

The best scroll in the entire game is the transcendence scroll. These Scrolls are likewise incredibly difficult for players to acquire because they allow them to call only the top-rated monsters with ratings of 5 stars. These monsters are the finest ever to appear in the game and have the best skills, powers, and abilities.

The Light and Darkness Scroll creates two different categories of monsters: those who utilize Light and those who use Darkness, such as those with mystical or magical abilities. These creatures deserve a rating of three to five stars. The darkness monsters, which earn five stars, are the game’s finest allies since they provide the strongest combinations of ranged attacks and enable summoners to engage in combat without difficulty from the front lines.

The Mystical Scroll is a typical Scroll that mostly yields monsters with three stars. They also include some of the best monsters, but getting them is incredibly challenging. The players may summon a lot more monsters with the use of these Scrolls than they can with other Scrolls because they are rather simple to get.

The Uncommon Scroll is the one that players use the most. Monsters only rated from 1-4 stars can be known to players. The collection of monsters you obtain with this scroll is ideal for beginners, but as you advance, you’ll need to update them or you risk losing every battle.

Players may get scrolls in a variety of methods and summon whatever type of monster they wish. Here are a few tips to receive more scrolls:

Compared to other RPG games, Summoners War Chronicles offers one of the best companions. To summon the greatest sets of monsters, players must play carefully and get more scrolls. In any combat, monsters are a significant factor. When summoners lack the strength necessary to battle formidable foes, a monster will occasionally appear to assist the Rahil guards in restoring order.

What are your thoughts on our Summoners War Chronicles guide for getting more monster cards? Let us know in the comments! 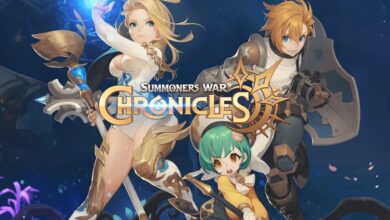 Summoners War: Chronicles: How to contact the customer support service 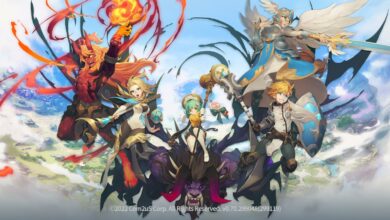