MU Origin 3 is an MMORPG game that will provide you a chance to explore a real and larger world including not the safest place anywhere. The world is cruel and too dangerous and this game takes it to the next level with several unique features to explore the big and vast maps. MU Origin 3 also features mounts with their own stats and skills. This guide will provide you with the details of the mounts which are best for you. However, if you are new to the game, make sure to check our beginner’s guide and tier list for MU Origin 3.

In the no man’s land of Kalun, Hell Scorpions are the hunters hidden under the sand dunes. They are terrible creatures that can hunt War bears on their own, and it’s said that they can only be captured in the Blood of Demon area.

Sand blowing– When casting the skill, has a 10% chance to summon crystal scorpions, raising a blast of poisonous sand (4m radius) that reduces enemies MOV SPD by 30% for 2 secs and bans enemies’ companion skills. CD: 120 secs.

The shell of the Icefield Tortoise is covered with biting cold ice. Its ice crystal reflects the painful coldness or the rough veined bone.

Ice Circle– When slowed, hs a 30% chance to resist the slowing effect and trigger an ice circle (4m radius) for 3 secs. Enemies within the range will be slowed by 50%. CD: 90 secs.

Before the true form of Phoenix was corrupted by darkness, it was the flame phoenix. Created, like a star spirit, by the true god of light as part of the natural strength element of fire.

The overlords of the ocean, Sea Raysan are an unbeatable ancient tribe. It is the ultimate glory for the players to conquer them.

If the phoenix symbolizes nirvana and prestige, then the ruthless Purple Flame only symbolizes destruction and death. This pair of siblings, ever since they were created were forbidden to meet.

Recovery– When his own HP is lower than 30%, recover 3% of his lost HP per second for 8 seconds. Cooldown 300 seconds.

Players who are playing with the character must have the best mount as their partner for traveling each and every section of the world. To select one of the best mounts in the game according to your playstyle, it is recommended to follow this mount guide which can make you understand better the mounts present in the game.

What are your thoughts on our MU Origin 3 guide on the best mounts? Comment down below! 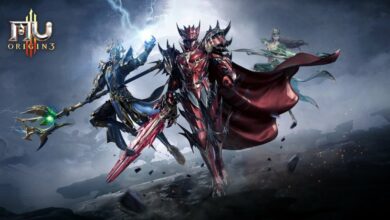 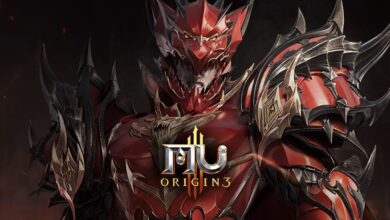