In the game Unhappy Raccoon by XD Inc. there are a lot of blessings to choose from for the players. There are mainly blessings that have to be bought by the players and it consists of different tiers of blessings. Each tier blessing costs different gold coins and as well as it’s going to be more effective the better the tier is. Players can also get many elemental blessings through wins in the game, by defeating map exploration stages. Though the elemental blessings can only be chosen from the options given to you and there is no tier for it.  In this guide, we’ll know about all the things we can do with blessings in Unhappy Raccoon. However, if you are new to this game, make sure to check our beginner’s guide.

Elemental blessings are blessings that involve a certain element as their base and give different abilities to the players when applied. These elements can increase the damage of attacks, and decrease the damage received by attacks from enemies. Add certain abilities such as a tornado which activates every 3 seconds to give damage to nearby enemies. Normal attacks even electrify the opponent, with the help of the elemental blessings.

This is the fire element which has different abilities and skills to be chosen from. Most fire elements consist of increasing the rate of crits and damage of crits. Here are the best fire element blessings in Unhappy Raccoon for the players.

Progressive Impulse triggers an arrow whenever your character gives critical damage to any of the enemies. This arrow will damage the enemy every time you attack them or deal another crit to them, it will eventually help in defeating the enemy a lot faster than usual.

This increases the chances of giving a critical hit by your character. Crits cannot be given every time you attack an opponent, it’s very rare that the crit happens when you give a combination of attacks.

If your enemy has full HP and your character deals a crit to the enemy then the damage of that crit will increase by 104 percent. Though the more you choose the Same blessings, it automatically upgrades the ability to even deal greater damage or effect.

Wind elements are quite handy as it gives the characters abilities to perform or create certain different forms of passive attacks. Here are some of those abilities players get to use when they activate the wind element.

The number of tornadoes spawned every 3 seconds increases and it’s going to spawn on top of one another overlapping each other. This elemental skill also increases the damage dealt by tornadoes by 10 percent.

When the tornado hits any nearby targets it increases the chance of applying a wind Arrow which is going to deal additional damage to the enemies. This element also increases arrow damage by 16 percent.

Ice blessings are quite simple yet pack a lot of punch. These elements can freeze your enemy and deal damage due to the skill’s coldness and frostbite. Here are a few of the best Ice element blessings in Unhappy Raccoon.

Cold Wave Satellite is the element where when you charge your character forward any of the enemies and you pass through or near them, it’s going to freeze that Target and damage the target’s health by 8 points.

Normal attacks are going to become elements of the ice and are going to deal some extra damage through frostbite. This skill increases the skill damage by 16 percent when performing a skilled attack, due to this the enemies are also slowed for a very short period of time.

This element is almost the same as the Cold Wave Damage. It makes the normal attacks as ice elements and instead of the skill damaging the enemies more due to frostbite, normal attacks given by the players will be dealing 16 percent more damage than usual.

Blessings are quite a huge part of the game as it is going to come in handy even if you’re at the very end of the game. Blessings increase the progression of the player in the game by a lot because most of the in-game elements are based on choosing the right blessings to defeat the enemies.

What are your thoughts on our guide for the best blessings in Unhappy Raccoon? Let us know in the comments below! 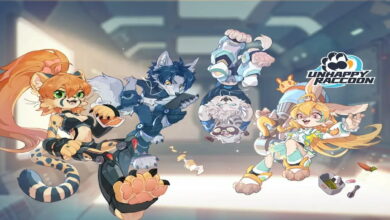 Unhappy Raccoon guide: All characters ranked with their weapons and skills 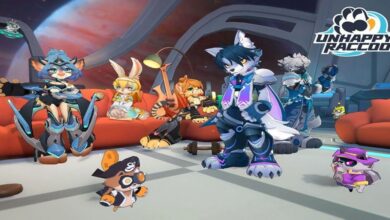