After releasing some of its most beloved IPs such as Spiderman, God Of War and Uncharted on PC recently, Sony now looks to expand into the mobile games market with Ultimate Sackboy. Ultimate Sackboy is a spinoff based on Sony’s ‘A LittleBigPlanet’ which features the series’ main protagonist Sackboy.

Ultimate Sackboy will be a 3D runner where players will have to avoid obstacles and earn in-game items and powerups which would help them in going further in the next run, just like in games such as Subway Surfers and Temple Run.

The gameplay includes players sliding, dodging and weaving past classic Sackboy enemies and trying to outrun their opponents and make progress in the legendary Ultimate Games, which is the most prestigious obstacle racing tournament in all of Craftworld. The players will be able to unlock new racing tracks as well as library halls by winning races.

The game also lets players compete head-to-head against other players in events called such as Daily Duels, giving them a chance to win in-game rewards such as hundreds of outfits and upgrades.

Ultimate Sackboy will be a free-to-play game but will contain microtransactions to buy in-game currencies and items such as outfits.

Ultimate Sackboy is being developed by UK-based developer and publisher Exient under the license of Sony. Exient has previously worked on the mobile version of Lemmings. The game will release on IOS and Android devices on 21 February 2023. Pre-registrations for the Game are currently live on the Google Play Store for Android users and on App Store for iOS users.

What are your thoughts on Ultimate Sackboy? Let us know in the comments below! 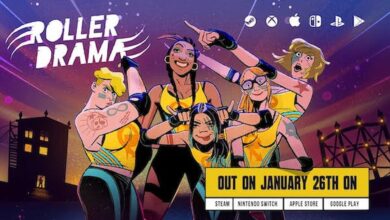 Roller Drama is releasing on January 26 for PC, mobile, and console platforms