Sony‘s latest State of Play livestream announced a lot of exciting upcoming games on PlayStation 4, PlayStation5, and PlayStation VR2. The 20-minute short show gave us looks at the upcoming titles including Tekken 8, God of War Ragnarok, and many more. If you missed the show, here are all the announcements that were made during the State of Play event.

Tekken 8 is officially announced to be coming to PS5. This is going to be the latest addition to the Tekken series, the longest-running story in a video game. The game will be released on modern consoles with better graphics and mechanics. More information about the game will be revealed in the future.

The first PSVR2 game that was revealed at this event was the Star Wars: Tales from the Galaxy’s Edge Enhanced Edition. The game will arrive exclusively on PlayStation VR2 in 2023.

Like a Dragon: Ishin is a sequel to the famous series Yakuza. The game will be released on PS4 and PSS5 on February 2023. More information about the game will be revealed at today’s RGG Summit.

Hogwarts Legacy is an upcoming action role-playing game to be released on PlayStation platforms on February 10, 2023.

Synduality is Bandai Namco’s new sci-fi third person shooter game set in a futuristic world where humans live together with AI. The game is set in the year 2222 after a mysterious rain called “The Tears of the New Moon” wiped out most of humanity and gave birth to deformed creatures that now hunt the people. The game is coming to PS5 in 2023.

Stellar Blade, formerly known as Project Eve will be launching on PS5 in 2023. Players will play as the protagonist, Eve to fight against the monsters and save the last remaining city on Earth, Xion.

9. Rise of the Ronin

Rise of the Ronin is a new action role-playing game from Team Ninja. The game will be exclusively released on PS5 in 2024.

Sony wrapped up the State of Play event with a story trailer of God War Ragnarok. A God of War-themed DualSense Controller was also revealed at the event. Both the game and the controller will be available from November 9th. Pre-registration for the game is currently ongoing.

What are your thoughts on all the announcements made during the State of Play event? Let us know in the comments!

Far Cry 6 ‘Game of the Year’ Edition is reportedly leaked 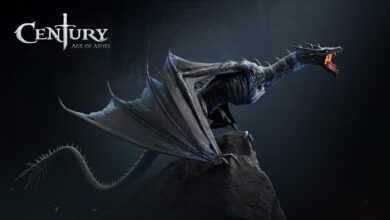 September 27, 2022
Subscribe
Login
0 Comments
Inline Feedbacks
View all comments
Facebook Twitter LinkedIn WhatsApp Telegram
Back to top button
Close
wpDiscuz
0
0
Would love your thoughts, please comment.x
()
x
| Reply
Close
We use cookies to ensure that we give you the best experience on our website. If you continue to use this site we will assume that you are happy with it.OkNoPrivacy policy