As it is clear to most players who have played the initial stages of the game, even the seemingly peaceful world of Slime Rancher 2 could be disrupted due to the emergence of certain Slimes known as the Tarr Slimes. These Slimes not only attack the players in their vicinity but also consume other Slimes and destroy everything a player has farmed in the area. And if that is not enough, they reproduce endlessly when they consume other Slimes, thus making them a force to be reckoned with. In this article, we will discuss how to defeat the Tarr Slimes in Slime Rancher 2.

Tips to defeat the Tarr Slimes

Just like the predecessor of Slime Rancher 2, the primary weakness of the malicious Tarr Slimes is water. They could be sucked in at the end of the Vacpack and then dropped in water, although this method is highly inefficient and time-consuming when done on a large scale.

Thus, the best way to defend your home base from these notorious Slimes is to install contraptions specifically designed to drive away hordes of Tarrs such as the Water Tank and the Hydro Turret. Below is a brief explanation of how to acquire the two.

This specific device is nothing but an upgraded version of the player’s default Vacpack. To undertake this upgrade, players need 450 Newbucks,10 Deep Brine, 10 Angler Plorts, and 10 Puddle Plorts in their inventory. Puddle Plorts and Angler Plorts are found exclusively on the grounds of Starlight Strand. To get there, players have to feed and pop the Cotton Gordo south of the Rainbow Field.

Meanwhile, Deep Brines are found in the Rainbow Field near water spouts due to their moisture affinity. Using the Water Tank you can vacuum water from any water source and unleash it on the Tarrs, washing them away and getting rid of them from your territories.

The Hydro Turret, like its name suggests, is a cannon of sorts that shoots jets of water at a Tarr Slime once it is in range of the device. To craft, this device players need 5 Deep Brine, 10 Boom Plorts, and 5 Puddle Plorts.

All the materials are available at identical locations like that of the Water Tank. Once the Hydro Turret is set, it targets all Tarrs in its range and shoots them with 360-degree freedom of movement. But unlike the Water Tank, it is not mobile and therefore players cannot carry it with them while exploring. Read our detailed guide on how to unlock Hydro Turret in Slime rancher 2.

Once you have access to these two contraptions, it is infinitely easier to defend your home base or the Conservatory against Tarr Slimes. Although the Water Tank is slightly more versatile and useful, the Hydro Turret is equally useful as it is automated and not manual like the Water Tank. Therefore the careful placement of the two will guarantee a greater degree of safety.

Did you find this guide to defeat the Tarr Slimes in Slime Rancher 2 useful? Or did you already know these beforehand? Let us know in the comments below! 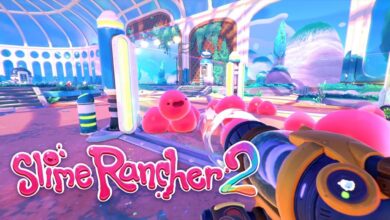 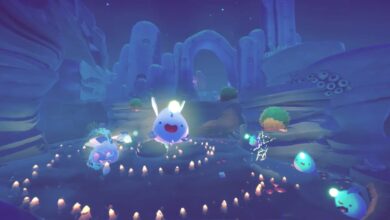 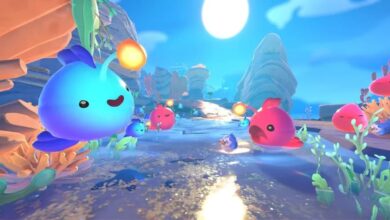