From what we have seen from the recent trailer, we could not get many ideas about the gameplay. However, considering it’s a narrative game, the gameplay will hugely depend on the players’ choices. Each choice, be it big or small, will impact the story of the game.

The game is set within the perpetually war-torn metropolis of Promethea, where players will take up the roles of the three protagonists- Anu, Octavio, and Fran. Anu is an ambitious scientist, contrasting with her more street-smart brother, Octavio. Fran has a habit of slinging frogurt at her enemies. The trio will go against a planetary invasion, a vault monster, and big corporate personalities. The game’s storyline will progress based on the players’ choices.

New Tales from the Borderlands will be available on PlayStation, Xbox, Nintendo Switch, and PC.

The minimum system requirements of the game are as follows:

How to pre-order New Tales from the Borderlands

Those who will pre-order the game will receive The Adventure Capital Pack. This includes the following additional content.

Gearbox, the game developer, has already announced that the game would be released on PC, Nintendo Switch, Xbox One, Xbox Series S/X, PS4, and the PS5 on October 21, 2022. Tales from the Borderlands was undoubtedly one of the most popular games of Telltale Games. With few of the old developers back in the game, fans can hope for another fantastic narrative game.

What are your thoughts on New Tales from the Borderlands? Let us know in the comments! 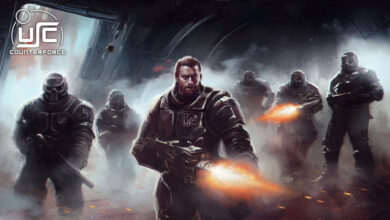 USC: Counterforce: Angry Cat Studio’s tactical shooter will be featured in the TactiCon 2022