One of the most anticipated movies of the running year, Blonde will be the biopic of Marilyn Monroe. One of the most iconic pop culture figures of the 20th century and a legend in Hollywood, the film is set to release this week in theatres and on the 28th of September, 2022 on Netflix. Being so highly anticipated, the movie has also developed a high bar for expectations. Here is what people should expect from the film ahead of its release.

The movie Blonde is based on the novel of the same name written by Joyce Carol Oates, a fictionalized version of a biography of the legendary actress. Besides the dramatic elements in the book, it focuses on the pivotal events, relationships, struggles, and abuse that the late actress had to deal with in her short lifespan of only 36 years. The movie will retain the fictional events as written in the book and will have an NC-17 rating upon its release, in order to accommodate for the graphic sexual content in the movie.

The violent and sexual content will extend to the supposed sexual assault on Monroe by the executive of a company called The Studio which gave her much-needed exposure and jump-started her career, which then went on to reach stellar heights later on. Most of the movie will be in black and white to make for an immersive experience, where the audience will delve into the mid-20th century era.

Ana de Armas, the popular actress who will play the role of Marilyn Monroe, has revealed some interesting facts about the movie in her interview with Empire. She said that the movie brings forward certain cultural taboos and that director Andrew Dominik pushed the boundaries of normal movie making. It will also feature shifting aspect ratios, shifting colour schemes, and body shots including a vaginal shot as well.

The movie stars Cuban actress Ana de Armas as the legendary cultural icon Marilyn Monroe. Although initially there were doubts about whether she would fit the role, those were blown away, once players got to see cuts of the film in the teaser and trailer, where de Armas bears a striking and uncanny resemblance to Marilyn Monroe.

Appreciation by the crew involved in the production

Joyce Carol Oates, the author of the book which is being adapted into the movie Blonde, said that the movie is more about Norma Jeane Mortenson rather than Marilyn Monroe, which was the stage name of the same person. Norma Jeane, more well known by the name Marilyn Monroe had a very troubled personal life, despite her public image which is so full of glamour. According to de Armas and Dominik, the movie is bound to make the audience uncomfortable, such as the realism in the portrayal of the emotions and other elements in the movie, such as sexual abuse.

de Armas quotes, “It’s a film that is supposed to create controversy and discomfort, and it’s supposed to make you think about what happened – and what is still happening,” which makes us all the more curious as to what the movie holds in store for us. Andrew Dominik, the director has stated that Blonde is one of the greatest movies ever made, even before the movie has been screened officially.

The movie, as it stands right now, is one that is definitely worth a watch, given the appraisals by the crew. It also looks like it is made in a very new kind of way, which will definitely be a fresh breath of air for the audience. Therefore, this movie should be a highly suggested one and be one of the best biopics around once it is out.

Are you excited about the release of Blonde, which is the biopic of legendary Marilyn Monore? Let us know in the comments below! 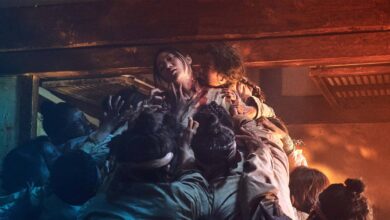