Trigun Stampede is an anime adaptation of the 1995 manga named Trigun which is written by Yasuhiro Nightow. Trigun got his first anime adaptation back in 1998 by Madhouse and was aired on Tokyo TV. Later it started broadcasting on Cartoon Network in United State. Later in 2010, it got its first featured film named Trigun: Badlands Rumble. From then we have not heard anything about Trigun until the 2022 Anime Expo. There it was announced that a new Trigun anime adaptation is coming soon under the Orange Studio. In this article, we are going to discuss the release date, plot, where to watch, and everything a fan needs to know about Trigun Stampede.

Yasuhiro Nightow the original creator of the manga announced that the new Trigun Stampede is not the continuation of the previous Trigun, it is more like a rebooted version. This made us think if all the previous characters are going to be there or not.

The story of the Trigun is about Vash the Stampede, who has a huge bounty on his head. He is also been called “The Humanoid Typhoon” because where he goes disaster follows him. Meryl Stryfe and Milly Thompson are two insurance agent who always follows Vash to minimize the damage caused by him. Later we find out that Vash has an evil twin brother called Millions Knives. This series is all about the rivalry between Vash and his twin brother Millions Knives.

Here are some other international times when you can watch Trigun Stampede:

How to watch Trigun Stampede

The first anime adaptation of Trigun is available on Netflix, Crunchyroll, and Hulu. But as of now, Trigun Stampede is only streaming on Crunchyroll and Hulu.

Here are the complete details about the Trigun Stampede with each episode’s name, synopsis, and release dates. The number of total episodes has not been revealed yet.

Trigun Stampede brings the following cast as the character voices.

This new take on Trigun is directed by Kenji Muto. Here are all the other crew and members of the series.

That’s it for now. We hope in this article you can find everything you need to know before watching Trigun Stampede.

Are you excited about this new take on Trigun? Comment your thoughts below! 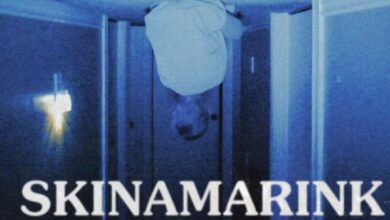