Thetan Arena is a play-to-earn MOBA NFT game based on blockchain technology developed by Vietnamese developer, Wolffun. The game is comprised of role-playing, a multiplayer online battle arena, and fantasy elements. So in this Thetan Arena character tier list, we’ll rank all the available characters based on their abilities.

Thetan Arena has various heroes who are divided into three tiers, each of these heroes has their own special ability called Fury. On the other hand, each hero has personal stats based on their roles on the battlefield. This makes choosing heroes for the team a highly strategic move as it directly contributes to the winning of the match.

Heroes in Thetan arena are divided into three classes:

Thetan Arena tier list: Heroes ranked from the best to the worst

The heroes are ranked into the following tiers based on their abilities:

These are the most effective and powerful heroes of Thetan Arena classified by their classes and divided in a tier list according to their ranks. 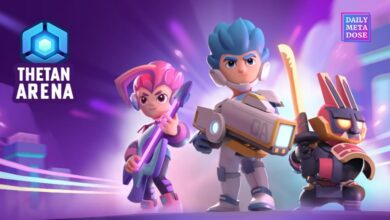 How to play and earn from Thetan Arena