T3 Arena is a 3v3 fast-paced shooting game developed by XD Entertainment Pte Ltd. This game consists of lots of heroes, it’s a dream for almost every player to unlock and play with each and every hero present in the game. There are two ways to unlock all of the heroes in the game. In this article, we will show you the ways to unlock heroes faster in T3 Arena. However, if you are new to this game you can check our beginner’s guide for T3 Arena.

1. Unlock Heroes from the Hall of Fame

Hall of fame is a system in the game which rewards you with various items as per the number of trophies you have or you collect. The most important thing you could get from the hall of fame is Heroes, there are certain milestones of trophies which you have to achieve to unlock different heroes.

The more trophies you win from battles the closer you are to unlocking a new Hero which requires a certain number of trophies to unlock. Gloria needed a total of 12 trophies to get unlocked and Iris needs 65 trophies and is yet to be unlocked, but as soon as you achieve 65 trophies by playing the game modes which are available Iris is going to get unlocked instantly and you’ll be able to collect her from the hall of fame.

Just like this, there are many more heroes waiting to be unlocked once you win more games and achieve higher trophies. Players will also have to be careful about losing trophies too, as losing a match will result in lowering the number of trophies you have.

Players can unlock Heroes from Rumble Boxes too, whether it’s a common hero or a rare one. Rumble boxes can be collected from the hall of fame or even from the T3 Arena Pass. There are three kinds of Rumble Boxes which are a normal rumble box also known as a Rumble Box, a Big Rumble Box and a Mega Rumble Box.

Hopefully, this guide will help you unlock heroes faster in T3 Arena. Let us know your thoughts on the guide in the comments down below! 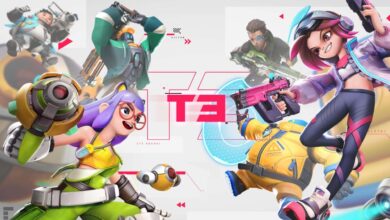