Nova Battles is a new P2E MOBA blockchain game which advertises a more engaging gameplay along with the option to get rewarded for your time and effort. The game is available on Android and iOS devices.

The game features a bunch of heroes that players can take into battles and the gameplay actually resembles Brawl Stars a lot, which can be a slight issue that we’ll delve into later. Aside from that, the game does look quite decent and polished overall.

As mentioned before, the gameplay does feel like a copy of Brawl Stars, to the point where they could get into some trouble over this. A lot of the textures and effects look quite similar but going beyond that and taking it at face value, the gameplay is actually pretty good. It’s engaging as advertised and can actually get quite chaotic at times with some cool design aspects that show how the gameplay was actually focused on a bit.

The game has three different PvP game modes, and players can go into each of them on their own, in duos or trios. There’s really no lack of content and not much to complain about.

One cool thing is that some elements are references to certain other crypto projects (like a cool character named “Shiba”, who has the catchphrase “Shiba to the moon!” and is appropriately dressed in a spacesuit).

Graphics and Audio are decent

The game features pretty decent and vibrant graphics (which again have that troubling aspect of being a bit too similar to Brawl Stars’ look) along with the standard audio you’d expect. There’s some funky music, voices for the characters and various effects to supplement the gameplay.

The controls for the game are pretty standard. There’s movement joysticks, a bunch of buttons for running, shooting etc. and that’s all there is to the controls, making the game very easy to get into and understand. The UI looks pretty generic and like most other games out there but it fits the role and works without any major issues.

Ads and IAPs are a part of Nova Battles

The game does not have ads which is always a positive but it does have IAPs since players can invest into the game for greater returns. Now a cool thing here is that players can earn by simply completing certain tasks so the game doesn’t alienate players who don’t want to invest but they’ll have to spend some time grinding for sure.

If a more interesting and well-developed pay-to-earn model is what you’re looking for then Nova Battles might not be a perfect choice. The game’s similarities to Brawl Stars have been brought up a few times already but it’s worth mentioning again since it could possibly land the game in legal trouble since the likeness is obvious when the games are put next to each other.

It’s great that players can earn without having to invest into the game but the crypto side seems to check out, although players should do their own research before they get in and come to their own conclusions about what they can actually get out of this game. That being said, this is overall a pretty decent title.

If a more interesting and well-developed pay-to-earn model is what you’re looking for then Nova Battles might not be a perfect choice but it is a good one.

User Rating: Be the first one !
Google Play
App Store 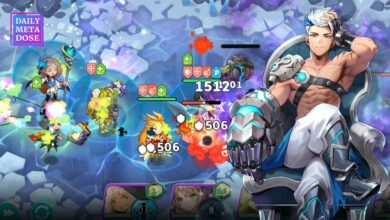