A new actor is now joining the cast of The Boys for its upcoming fourth season and it’s no other than Jeffrey Dean Morgan, who will join in a recurring role that we haven’t been told about yet (warning, spoilers ahead).

Jeffrey Dean Morgan is best known for his role in The Walking Dead as the infamous villain who stole the spotlight right from the start, playing a menacing and heartless albeit very interesting character. His acting absolutely made the show worth watching and he’s also previously worked with Jensen Ackles, who played Soldier Boy in season 3 (and according to fan theories is very likely going to make a return in the next season) in Supernatural, a long-running show with similar themes as The Boys.

While his role is still not known, because of how well he played Negan, it’s gonna be a hard wait for the next season, although filming has already started for it. For many, he’s expected to bring the same energy into the show as he did to The Walking Dead and it should be interesting to see what’s done with his character.

He’ll also have to juggle this role and his work with AMC, who just announced another spinoff of TWD called “The Walking Dead Dead City” (Yes, that’s how they’re naming it and fans aren’t exactly happy about them making yet one more spinoff) which is also currently being shot.

All that being said, Jeffrey Dean Morgan is a really impressive actor who definitely should bring something new and gripping to the show as long as the storylines are as good as they have been over the previous three seasons. All three seasons of the The Boys are currently streaming on Amazon Prime.

What do you think about Jeffrey Dean Morgan’s involvement in the show? Let us know in the comments below! 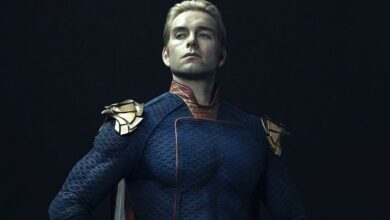 How Homelander has evolved through The Boys so far