The plan of bringing in the co-op split screen in Halo Infinite was canceled as per the announcement made by 343 Industries. Though some users have found a loophole to play Halo Infinite using the split screen co-op, it works only if they have Xbox X or S series. Players can also add three more players to the game, which makes it playable for 4 people without having any problems related to the cutscenes of the game or enemy spawns.

Since it is not officially supported in the game, players may see some problems with the game or Xbox, but at this moment this method seems to work smoothly as butter.

This trick which was able to activate the split screen shows that the system already exists in the game itself. It is not known why all of a sudden the developers decided to remove the feature, maybe because of Xbox One’s hardware and less power management. Which would have ended up having problems running the mode smoothly in co-op. Still, the developers could have only released it for PC and Xbox X and S series only.

As all these things said, maybe in the near future 343 Industries will decide to add the split screen co-op campaign again to the game. The developers might be trying to fix the reason behind canceling the mode. Players are eagerly waiting for the developers to include the mode in the game, as most of them want to try out the exciting feature.

What are your thoughts on the split screen co-op mode in Halo Infinite? Comment down below! 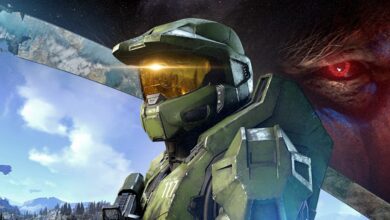