Diablo Immortal is a free-to-play MMORPG game by Blizzard. Blizzard recently announced that the first major update of Diablo Immortal will be live on September 28, 2022. The update will bring a lot of new features and the continuation of the story quest.

With the Silent Monastery, the developers are bringing a completely new dungeon and continuing the story questline. Finding light sources to brighten the dungeon’s halls and dissuade the nightmarish hordes inside will help you prepare to face the darkness that is growing at its centre. The dungeon is enveloped in an endless night. Players can relive the history of the Zakarum Crusades with the new story quest.

The dungeon will also introduce a new mechanic between light and dark. Players need to ignite the temple statues to light up the dungeon and fight against the hordes of monsters. The dungeon is also bringing a new boss, whom the players need to fight in a multi-stage environment-changing battle.

In the historic fortress known as Castle Cyrangar, warbands now have a new home. Warband Camps will be replaced by this new feature, which also offers additional game elements. Members can acquire personal power in Purge the Depths and claim Remnants, which can then be positioned in Warband Rooms to provide benefits to the occupants. Players can work together with their Warband to repel hordes of demons in the Defense of Cyrangar and gain extra rewards.

Participating in these events will also provide the players with an opportunity to discover ancestral weapons, which they can use to endow their Warband with some of their Attributes. Diablo Immortal Season Five Battle Pass: Scions of the Storm will also kick off with new challenges, rewards, and cosmetics on September 29.

A new boss called Izilech the Misshapen is coming to Diablo Immortal. Izilech the Misshapen is the fifth Helliquary Boss who is a vicious new combatant ready to take on only the toughest of adventurers starting October 2. Brand new Set Items are also being introduced which will be called the Gloomguide’s Prize which primarily focuses on movement skills.

What are your thoughts on the first major update of Diablo Immortal? Let us know in the comments down below! 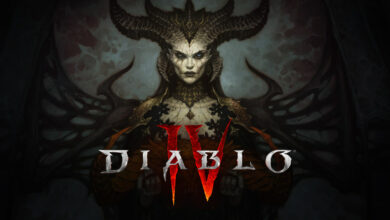