COD Modern Warfare 2 brings a comprehensive Multiplayer offering at launch, including classic 6v6 modes and new favourites, as well as Battle Maps with large player counts and vehicular combat, carrying on the legacy of the Call of Duty: Modern Warfare series. Everything in this Call of Duty: Modern Warfare 2 Multiplayer guide is what you can expect on the first day in terms of game modes and maps. This includes the modes and Playlists you’ll encounter, the regions you’ll be deployed to across Core and Battle Maps, and more

All of this is based on the Modern Warfare 2 engine, making Multiplayer an excellent place to learn new tactics.

At launch, Call of Duty: Modern Warfare 2 Multiplayer has two distinct mode categories based on the type of map used: Core Map modes and Battle Map modes. There are a total of nine Core map modes and two battle map modes.

Free-for-All: Take out everyone. The match is won by the first player to reach 30 eliminations, with the top three performers claiming victory.

Team Deathmatch: Call of Duty in its purest form. To reach the score limit, use teamwork to eliminate enemy players. The match is won by the first team to reach 75 eliminations.

Domination: Compete for control of three flagged zones — A, B, and C. Over the course of one round, captured zones earn points. The match is won by the first team to reach 200 points.

Hardpoint: Capture the and defend it against attack. Every minute, the Hardpoint location rotates, with the position of the next Hardpoint indicated in the last 10 seconds of the previous zone. The match is won by the first team to reach 250 points.

Headquarters: Work to capture the Headquarters, then dig in and defend it. Respawns are disabled for the team that controls the headquarters. When the HQ is decommissioned, a new zone is designated for the next one. The match is won by the first team to reach 200 points.

Control: Attack and defend two objectives in turn. Each team is allotted 30 lives. If the attacking team successfully completes one objective, they will have more time to finish the second. The defending team can win the round by letting the timer run out before completing the objectives. Either team can also win by eliminating the other team’s 30 lives. The match is won by the first team to win three rounds.

Prisoner Rescue: Find the hostages and get them out alive, or avoid extracting them at all costs. There are no respawns. Team revives are now possible. The attackers must find two hostages and either carry them out or protect them at the extraction point; each hostage is worth 100 points. Defenders must keep the hostages together in their spawn area until the round’s timer expires – each hostage not carried or captured by the attackers is worth 50 points. The match is won by the first team to accumulate 500 points.

Knock Out: Both teams compete for a bag of cash in the middle of the map. There are no respawns. Team revives are now possible. Grab the Cash by running over it. The round is won by the team that has the bag at the end of the round or that has eliminated the entire enemy team. The match is won by the first team to win five rounds.

Search & Destroy: Teams take turns defending and destroying an objective in Search & Destroy. There is no rebirth. Attackers win a round by eliminating all defenders before or after planting the bomb, or by successfully planting and exploding the bomb. Defenders win a round by eliminating all attackers before the bomb is planted, preventing the bomb from being planted within the round’s time limit, or defusing the bomb after it has been planted. The match is won by the first team to win four rounds.

Ground War: Two teams of 32 players each compete to capture an odd number of objectives on a large map. This is a scaled-up version of Domination, complete with vehicles for epic brawls. The match is won by the first team to reach 250 points.

Ground War Invasion: A huge turbulent battle in which players and AI fight side by side. To gain an advantage over your opponent, use vehicles, Killstreak crates, and armoured agents. The match is won by the first team to reach 2,000 points.

Some modes in Call of Duty: Modern Warfare 2 have a score limit, while others have a match timer that runs out. In such cases, the team with the higher score wins. Other game modes to consider are as follows:

Featured game modes change on a regular basis, with Playlists frequently focusing on new maps and modes. Variations of standard maps and modes may apply here as well.

Quick Play: With your own personalised Playlist, you can get into a match quickly. Select your favourite game modes using the Quick Play filter. Quick Play will then search for all available matches in those modes. You can add or remove modes from the search at any time by changing your settings.

Tier 1: A Tier 1 Playlist is designated within the name of a Playlist and provides a more challenging experience than a traditional Multiplayer. Friendly fire is active, and operators have less health and fewer HUD elements. All game modes that support the Tier 1 variant have these elements in common.

Call of Duty: Modern Warfare 2 has two map types: Core Maps and Battle Maps. These maps are classified into three types: Al Mazrah, Las Almas, and the Rest of the World

Al Mazrah: Maps in this category are based on Al Mazrah, a metropolitan area and its outskirts in the Republic of Adal that serves as the main region for Call of Duty: Warzone 2.0. Several Core and Battle Maps will be based on locations in this region, making Multiplayer an excellent mode for becoming acquainted with their points of interest and power positions.

Las Almas: Las Almas is a Central American region that will host a variety of Core and Battle Maps in the Modern Warfare II Campaign.

Rest of the World: The final category of maps takes place in areas outside of Al Mazrah and Las Almas for a glimpse at what’s happening in other regions of the world.

Did this article help you to understand all the game modes and maps in COD Modern Warfare 2? Let us know in the comments below! 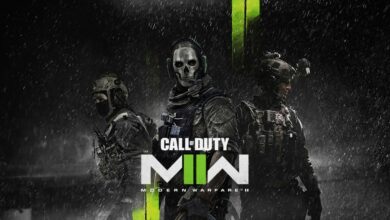