With the 20th anniversary of Battlefield very near, EA made some official announcements regarding the future of Battlefield 2041 and adding some new campaigns. It was confirmed by the developer today that Battlefield will add a new studio named “Ridgeline Games” and will be developing the next campaign for the game. The announcement was done by Byron Beede, General Manager of Battlefield and ex-Activision veteran. EA has launched a global effort by combining multiple studios under the best industry veterans to unlock the potential of Battlefield 2042 as one of the best first-person shooter franchises in the world.

The new Seattle-based studio, Ridgeline Games headed by Marcus Lehto is also the co-creator of the Halo franchise. Marcus Lehto joined the Battlefield team earlier this year. The General Manager hopes that Lehto, backed by his team will be leading the charge to develop a narrative campaign set in the Battlefield universe that will engage fans in new and exciting ways while remaining true to the classic elements of the series.

Oscar Gabrielson, the former general manager left EA as part of these plans, while Infinity ward and Respawn co-founder Vince Zampella managed to take on a new role in the entire Battlefield franchise as the overseer.

Byron further said in today’s announcement that they are continuing to invest by bringing new talents and perspectives to the future of the franchise. He further said that along with the brilliant team of developers, he will be working to “expand the series into something even more extraordinary by embracing a global mindset.”

For the multiplayer part, DICE Sweden will use their expertise to continue the development of the multiplayer suite. While Ripple Effect will stay focused on providing a brand new Battlefield experience to the gamers along with the previous touches of the series. EA is seriously rethinking the development process from bottom to top.

It was also mentioned in the statement that the next generation of Battlefield creators is a talented global team who will take the game to new heights. The team surely looks very strong with so many industry veterans working on the game in a new way. Everyone can hope that the new creators can provide the gamers with a new Battlefield experience with their years of expertise being used to this game now.

What are your thoughts on EA’s new approach to Battlefield 2042? Comment down below! 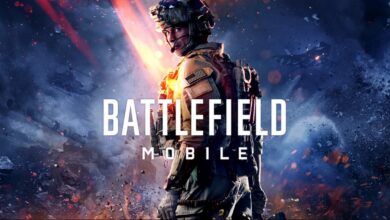