Every new generation of Pokémon brings a different kind of excitement to Pokémon fans. The Pokémon Company has long been adding several new game mechanics and features to make the player’s journey to becoming the best Pokémon trainer a lot more fun and exciting. Pokémon Scarlet and Violet are no exception, the games have an interesting plot, a wide range of Pokémon to catch, and plenty of quests to complete along with several other new and exciting features! From the addition of a whole open world of Paldea for the players to explore, new mechanics of Terastalization and new variety sets of Pokémon, there are a lot of things to talk about in Pokémon Scarlet and Violet. This guide will discuss the best 10 tips you should know before you start your journey in Pokémon Scarlet and Violet.

Pokémon Scarlet and Violet have introduced three ninth-generation starter Pokémon: Sprigatito, Fuecoco and Quaxly. Choosing the perfect starter Pokémon is important for a Pokémon trainer to start his journey as a Pokémon trainer. Even though you can choose whichever Pokémon is perfect for you, our suggestion will be Fuecoco, as it is very effective in solo battles against Pokémon due to its Unaware ability and is robust against 6 of the eight gym leaders.

Make sure to check out our detailed guide on the Pokémon Scarlet and Violet starter Pokémon, which we have discussed in detail.

At the beginning of the Naranja Academy Treasure Hunt, trainers must choose a questline from three available options – Path of Legends, Victory Road, and Starfall Street.

We suggest you select the Path of Legends questline first, as catching more Titan Pokémon will help you unlock more mount abilities on Miraidon or Koraidon and make your movement around the map of Paldea easier. The Open Sky and Stony Cliff Titans are the first two Titans you should finish.

Tera Raid Battles are a new mechanic added to Pokémon Scarlet and Violet, where four players will team up to fight against one strong Tera-type Pokémon in a turn-based fight. Completing the Tera Raid Battles will allow you to capture that Pokémon, get Tera Shards and give many other rewards.

Terastallization is a new game mechanic in Pokémon Scarlet and Violet, which adds a crystal to the appearance of the Pokémon and has the power to change the Pokémon type and buff its stats.

5. Get a bug-type Pokémon in your team

Bug-type Pokémon can be a good addition to your team in the beginning, as this class of Pokémon has comparatively lower weaknesses than other classes of Pokémon.  There are a total of 27 bug-type Pokémon present in Pokémon Scarlet and Violet along with 32 different moves.

6. Use the auto-battle feature

Auto-battle is a new feature added to the Pokémon game; through this feature, you can release their Pokémon in the wild to battle against other wild Pokémon and gather XP on their own. However, while in auto-battle mode, the Pokémon will not learn any new skill moves or evolve. But it can be a good way of earning XP while doing nothing!

But be careful which region you are sending them to; your Pokémon might take good damage if they are up against higher-level wild Pokémon or wild Pokémon from classes against whom they are weak.

The giant stone towers in a different part of the map in Pokémon Scarlet and Violet act as the fast travel point. Climb up the tower to unlock that portion of the map as a fast travel point, as this can be very helpful to save time in the vast open world of Paldea.

You can also battle and catch Chest Form Ghimmighoul Pokémon at the top of the towers and earn Ghimmighoul coins.

You will use Miraidon or Koraidon to travel around the vast open world of Paldea. In the start, your mount Pokémon will walk around the map. However, advancing into the Path of Legends quest will unlock new movement abilities and will make your movement around Paldea easy while mounting on your legendary Pokémon.

Pokémon Scarlet and Violet offer rewards like candies, XP and many more items for the trainers after they have completed specific tasks or objectives. Check your Pokédex to see which jobs you have to complete, and also claim rewards for the tasks you have already completed.

You can also earn rewards after defeating a certain number of trainers in your area. Once you have battled and defeated enough trainers, talk to the man in a suit near the Pokémon Centres and claim your rewards.

10. Team up with other trainers

Co-op mode is always a fun experience in your journey as the Pokémon trainer. In Pokémon Scarlet and Violet, you can team up with a maximum of four-trainer online co-op using the Union Circle you’ll find at every Pokemon Center. You can trade Pokemon, explore with a crew, or fight raid battles with the trainers you team up with in the game.

What are your thoughts on the Pokémon Scarlet and Violet tips and tricks? Let us know in the comments below. 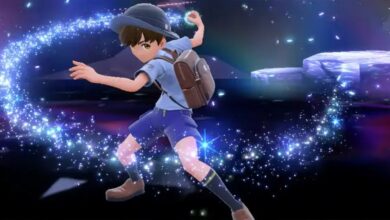 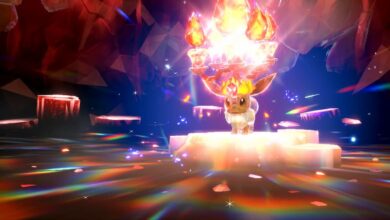 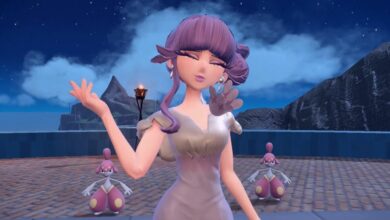 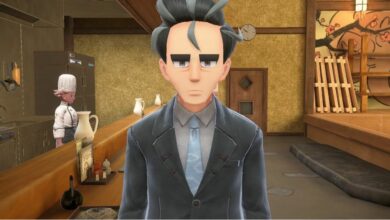