With the Metaverse being really hyped up right now, everyone wants to be in it, and well, if you’re a mobile gamer, then nothing is stopping you either. We’ve compiled the 5 best games on the mobile platform which are primarily based on the whole Metaverse concept.

Best Mobile Games based on Metaverse

Roblox is one of the biggest game platforms out there, hosting tens of millions of games with a player base of 150 million. The games offer players the opportunity to role-play in different games alongside others from around the globe and represent themselves through various different Avatars. Players can adopt and raise pets in games like Pet Simulator X! or Adopt Me! Shoot up enemies in Arsenal or roam around in Brookhaven.

Play Together first dropped back in April of 2021 but since then, it has sped through milestones. Players can find new friends in the city, take part in minigames and roleplay, drive around, attend school, travel to new locations, and do a lot more. The game’s popularity is a result of the quality of the game and also, the content being poured in.

Rec Room is pretty similar to Roblox as players can meet millions of others and shoot down enemy teams, race around on dirt tracks, play basketball and do a lot more. Just like Roblox, players can represent themselves through different customized avatars and some of the minigames are really awesome!

Animal Crossing is a pretty old franchise and New Horizons exploded onto the scene a while ago on the Nintendo Switch and was an instant hit. Now if you don’t happen to have a Switch lying around, then Animal Crossing: Pocket Camp brings the experience to mobile devices. Players can build various structures and businesses and then enjoy the company of friends on their campsite.

The Metaverse aspect of mobile games works differently from the other games. While the game can be enjoyed solo and offline, players can join servers that they or their friends are hosting to create marvelous cities and towns or play on some of the public servers, completing different tasks, playing different minigames, and having fun with others.

What are your opinions on our list of the Best Mobile Games based on the Metaverse? Do let us know in the comments section below! 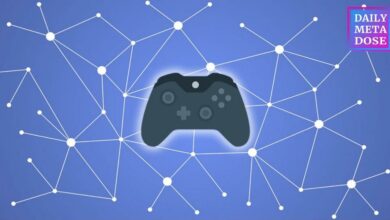