As we head towards getting a new Town Hall 15, Clash of Clans developer just announced the October 2022 update. As usual, Supercell will be releasing sneak peeks and each of them will showcase the changes or new features coming to Clash of Clans with the new update.

The much-awaited TH15 is now confirmed in Clash of Clans. For a while now, CoC players are asking for this and today Supercell just confirmed it. Unlike the previous Town Halls, this new Town Hall 15 does not come with a new defensive weapon, rather the players will be able to upgrade the existing Giga inferno to a few more levels.

2. Barrack System is getting a major change

We wanted to give you a heads-up in advance that in our upcoming October update we will be making some changes to the Barracks system!

There will be one barracks each for both normal barracks and dark barracks where the highest building level will be considered. The troop training time will not be affected. Also, all the production buildings such as Barracks, Dark Barracks, Spell Factory, Dark Spell Factory, and Siege Workshop will have the facility to train when they are being upgraded. However, the speed will be reduced by 50%.

With the arrival of a new Town Hall, clashers had already expected new stuff to arrive. As per the official announcements, there are two new defense buildings being added.

Town Hall 15 will add a new troop Electro Titan and will arrive with CoC October 2022 update. The troop comes with high HP, 32 housing space and can target both ground and air.

There are 3 new pets that will be added with the Clash of Clans Town Hall 15 update named Poison Lizard, Phoenix, and Diggy. Each one has its own unique abilities and are designed well to assist in attacks.

This new Recall spell is going to be a game-changer for Clash of Clans. By using this spell, players will be able to remove units from the battlefield and can deploy them again for greater value.

A new siege machine is being added in Clash of Clans with this new Town Hall 15 update. Battle Drill works something similar to a Miner. It can go underground like a Miner, however, it targets only the defense buildings.

CoC October 2022 update went live on October 10, 2022. What we guessed about the update coming in the 2nd week of October became actually true.

What are your thoughts on the Clash of Clans October 2022 update? Let us know in the comments below! 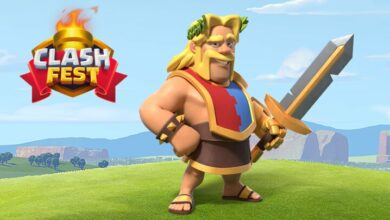