Soccer Manager is a football managerial game in which you have to manage your football club and take them to the next level with plenty of objectives and matches to play. But the players who are new to this game might face some difficulties in managing their club and players. They often make wrong decisions that affect their playing style and lose matches. Due to a lack of tactics, gameplan, and knowledge about particular areas they sacrifice their games and trophies. In this article, we will discuss the ultimate tactics guide for Soccer Manager 2023, as it can make you understand everything about tactics.

Introduction to tactics in Soccer Manager 2023

The tactics section allows you to set up your tactics for your club including formations, play styles, and player roles. You can also view important information about upcoming fixtures. There is also an option for creating your own tactical setups and saving them.

How to set the best team tactics in Soccer Manager 2023

After analyzing your opponent’s team, you can plan your strategy through your team instructions section. There are many strategies to select for your team. Select the best according to your team’s performance. In the instructions section, you can select your captain, free kick taker, penalty taker, etc. Those who have higher stats are recommended for captaincy and other things.

In general, you can select your team’s width, mentality, tempo, formation fluidity, work rate, and creativity which can make your team more stable and good. Also, you can get your attacking style adjusted by the following sections which can increase your chances of goals per match.

The passing style, attacking style, forwards, wide play, buildup play, and counter-attacks. You can all adjust them from this section. You can also make your defensive tactics present further right.

Here is the detailed guide of tactics in Soccer Manager 2023. Many gamers find it difficult to survive without tactics in this game. The game is all about tactics and that’s the thing that makes a football manager more advanced. By going through this guide, you will understand all the basics level of tactics including the advanced ones too. This can provide an edge over your managerial career in the game. Keep playing and grinding!

What are your thoughts on our guide about Soccer Manager 2023 tactics? Let us know in the comments below! 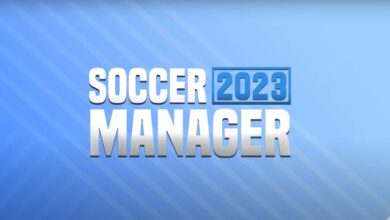 Soccer Manager 2023: How to contact the customer support service

Soccer Manager 2023 guide and tips for scouting the best players