Joycity’s Crypto Ball Z on WEMIX is the Play to Earn version of Heroball Z, the sequel to Game of Dice: Board and Card and Anime, an IP that acquired 50 million players worldwide. The new Cryptoball Z combines both Idle RPG and shooting game elements. The game was officially launched worldwide on May 11. The game is currently available for Android and supports 8 different languages. And now, in this article, we’ll take a deep look at how the in-game economy works at Crypto Ball Z on WEMIX and how the players can play and earn NFT and eventually money from the game.

Crypto Ball Z on WEMIX is set in the future where planet Earth is attacked by unidentified extraterrestrial forces, users will take the form of heroes from heroes association and save the world from the attacking forces. Heroes can be used for exclusive battles through the season system. Players can obtain new heroes by using the ‘Combine’ feature, or by upgrading. If you do not know which hero to pick, check the tier list here.

How to earn by playing Crypto Ball Z on WEMIX

In Crypto Ball Z on WEMIX, HERCO is the utility token that connects the real world with the game, HERCO can be purchased by players using various Cryptocurrencies and can then be exchanged for in-game resources such as HEROSTONE.

HEROSTONE is the main resource of the game and can be warned easily by playing Crypto Ball Z on WEMIX. Another way to obtain Herostone is by completing missions and achievements, by Season Rank Reward, or also through Drone mining in the game. Herostone can be used by commanders to increase the efficiency of Drone mining.

Crypto Ball Z on WEMIX has an incredibly simple yet very impactful feature called the Commander System. The commander system has beautiful commanders who will give useful and necessary in-game buffs for users. These in-game buffs directly affect the drone mining process by increasing the mining efficiency of the drones, this will result in the drones bringing more Herostone every time. This will eventually affect how a player can play and earn from Crypto Ball Z on WEMIX.

The game has a total of 5 commanders with hierarchy rankings, namely Common, Rare, Epic, Legendary, and Mythical. Commanders with Rare or higher rankings can be mined into NFTs, once these NFTs are done with the process of ‘sealing’ they can then be traded using the WEMIX wallet.

How to exchange the utility token for cryptocurrencies 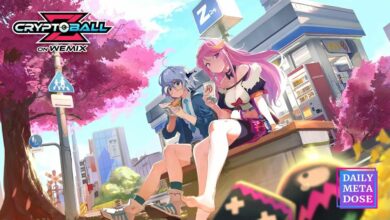 July 7, 2022
Subscribe
Login
0 Comments
Inline Feedbacks
View all comments
Advertisement
Facebook Twitter LinkedIn WhatsApp Telegram
Back to top button
Close
wpDiscuz
0
0
Would love your thoughts, please comment.x
()
x
| Reply
Close
We use cookies to ensure that we give you the best experience on our website. If you continue to use this site we will assume that you are happy with it.OkNoPrivacy policy