High on Life is a very different game from what gamers are used to playing or witnessing as an experience, developed by Squanch games the game contains a lot of troops unseen in gaming and puts its humour at the focal point of its design. The game, however, as a rule of existing as a game does contain video game-esque features to namely shooting, grapple, platforming and more. The most video game-esque feature in High on Life is the addition of boss fights, however, not all boss fights are the same as there’s a secret boss fight the game which isn’t much far in the storyline so if you’ve started playing or are planning to play High on Life then we’ll discuss the secret boss fight in this How to unlock the secret boss fight 5 Torg here.

High on Life has a very satisfying combat system to complement its fairly well-designed boss battles such boss battles are a joy to experience and surprisingly there’s even a secret boss fight right after the first boss you encounter in the main campaign 9 Torg. The steps to unlock the 5 Torg boss fight aren’t very complicated but it’s not obvious either so, here are the exact steps that would unlock the secret boss fight 5 Torg:

The fight with 5 Torg isn’t particularly a tough one, however, the fight is almost similar to the 9 Torg fight as they are clones and Kenny will acknowledge that you’ve completed a secret boss fight.

What are your thoughts on the secret boss fight in High on Life? Let us know in the comments below! 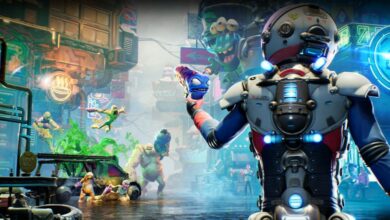