Developed by GOAT games, Bloodline: Heroes of Lithas is an RPG game that is gaining much popularity among gamers as the game is based upon cards in which the characters are classified into different tiers with different power levels. The game comes with a great realistic storyline with no other game modes. In this article, we will describe the best tips, tricks, and strategies for beginners in Bloodline: Heroes of Lithas.

Bloodline Heroes of Lithas: All the champions and companions

Champions in Bloodline: Heroes of Lithas refer to the heroes in the game. These are the main characters who will fight for you to proceed. This consists of two further sub-sections which are champions and renowned champions. The renowned champions section provides you rewards in the form of gold coins and diamonds when you get the hero in your cabinet. You can also upgrade them and equip weapons and armor to make them more strong.

Companions will help the heroes to give birth to their heirs. You have to train, develop and grow the new heir to make the finest hero out of them. Players have to develop their heirs in the heir section from the lobby. You have to develop the heir by following three options which are Play, Train, and Study. All the actions will make the heir more advanced and stronger as they grow up.

Players can find out their current location from the world map. It is the route that the players follow through the main storyline. It also shows the new chapters including their stages. Players go through this map and have to complete all the chapters and in return, players are rewarded in the form of gold coins, diamonds, gears, energy portions, etc. The world map has further 3 sub-sections which include:

Bloodline: Heroes of Lithas features a lot of other things too including dungeons, where they can imprison the villains defeated by them throughout the journey. The villains can be interrogated and intimidated to join your team and represent them as heroes.

You can come with your best five-hero squad to compete with other real players having their best squads around the globe. You can earn rewards by winning these fights in the arena, as well as challenge yourself against real players.

Players can improve and modify their living standards by upgrading the district. They can open to the market and collect tax in the form of gold coins which are being paid by the villagers for their living.

Best tips, tricks, and strategies for beginners in Bloodline: Heroes of Lithas

1. Hire and collect heroes as much as possible

Heroes are the most important part of this game. Players need to collect and use heroes on the battlefield. Each hero has his own strength. So the more powerful your hero is, the better it is for you. If you collect different types of heroes, you have the advantage of winning every battle because you will be having various options for battles. It will also increase the chances of getting a top-tier hero. Top-tier heroes generally dominate the battlefield with their high strength and capability.

3. Complete the chapters and stages

You need to battle in every stage and complete the chapters to unlock the other important features present in the game. As the players complete more stages throughout their progression, new features of the game are unlocked gradually. Completing all the stages of the game is necessary for enjoying all the amazing features of Bloodline: Heroes of Lithas.

5. Select the most powerful 5 hero squad

Selecting the most powerful heroes in your squad will make you more powerful in the game. It will also have a major impact on your winning percentage. It will also help in the arena where you have to fight with other players.

Bloodline: Heroes of Lithas developed by GOAT games is one of the finest RPG games launched this year. The game comes with many features like heroes, companions, heirs the market system, and much more. The storyline is the main highlight of the game which the gamers are attracted to the most. If you are new to the game, you can follow this beginner guide which can provide you with a detailed explanation of the game in a very short period.

What are your thoughts on our beginner’s guide for Bloodline: Heroes of Lithas? Let us know in the comments below! 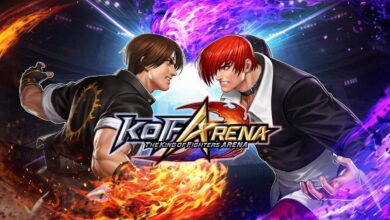